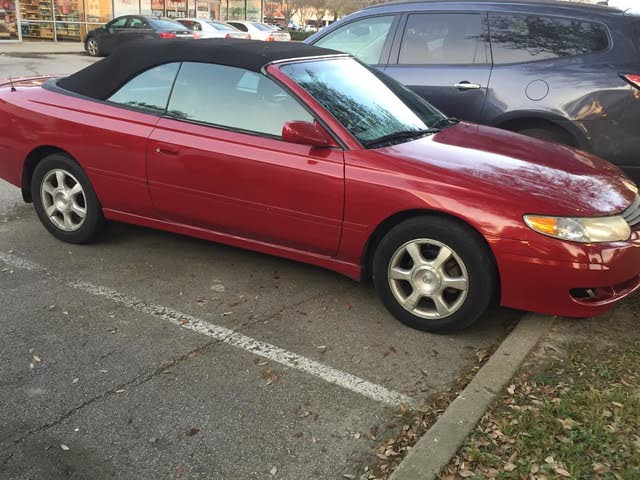 Looking for a Used Camry Solara in your area? 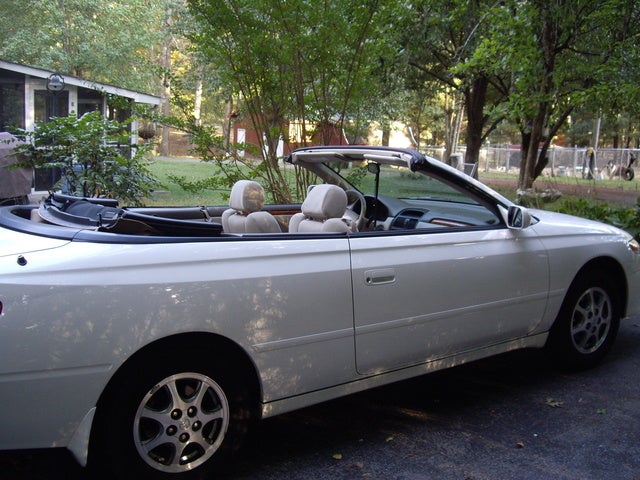 The Camry Solara received a facelift for 2002, which included a new grille, front bumper, headlights, and taillights. Toyota also included a more powerful base engine, a four cylinder, 2.4 liter with 157 horsepower. New options were also available for the interior, including a leather-wrapped steering wheel and gearshift knob for the SE and heated seats and remote entry with a trunk release on all models.

The 2002 Camry Solara came in two trim levels: the base SE and the well-appointed SLE. The SE comes standard with the four-cylinder engine, and the SLE comes standard with a V6, 3.0-liter engine. Unlike its competitors the Honda Accord and the Chrysler Sebring, the 2000 Camry Solara was available with a five-speed manual transmission with the V6 engine. Fuel economy is about 20 to 30 miles per gallon depending on the engine. It was also available as a convertible.

The 2002 Toyota Camry Solara recieved raves for being reasonably roomy for a two-door coupe, even in the backseat. Drivers complained that the seatbelts in front are not height-adjustable, and that some of the cubbies are so small as to be unusable. Other complaints include inadequate tires and a high price tag.

What's your take on the 2002 Toyota Camry Solara?

Have you driven a 2002 Toyota Camry Solara?
Rank This Car

Looking for a Used Camry Solara in your area?

I have a 2002 Toyota Solara 2.4L 4 cylinder. (Currently:199k miles) Months ago I got a P0420 code meaning I had a bad catalytic converter.. The code was reset multiple times to ensure the catalytic ...

What Do I Do To Remove Trac & Engine Light On Dash ?

What Would Cause My 2002 Solara To Shut Off Completely While Driving? I Hav...

Friends car was stolen with the keys and just got it back without the keys. Is there any way around the factory security system (light flashing on dash)? Got a replacement ignition with keys withou...