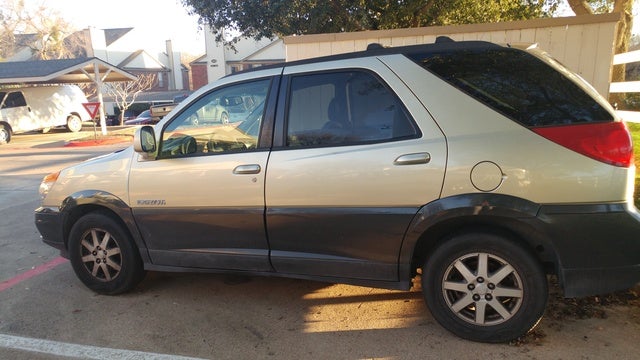 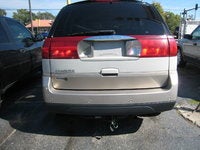 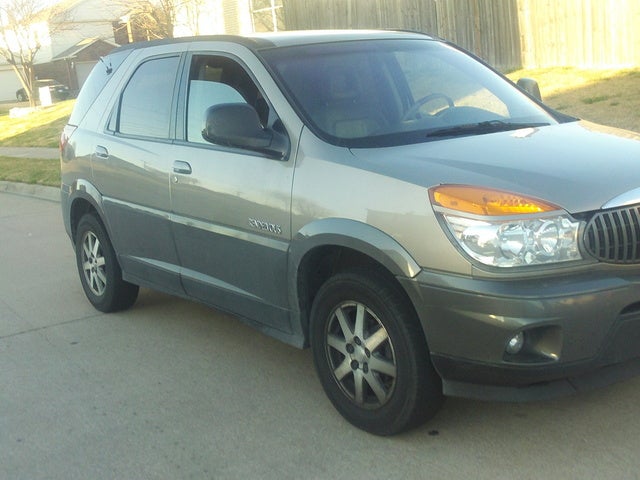 Buick hasn't had a truck in its lineup since 1923, and although the new 2002 Buick Rendezvous is an SUV, it does sit on a truck-based platform, the same one used by the controversial Pontiac Aztek. But Buick's first entry into the SUV market sports a more conservative design, aiming to be an affordable luxury SUV competing against more upscale foreign brands. The 2000 Rendezvous comes in CX and CXL trims, both with a 3.4-liter, 185-hp V6 and 4-speed automatic. The CX offers either FWD or AWD, while the CXL is only AWD.

Both trims have ABS brakes, dual front-side airbags, and traction control. The traction system in the CXL is Versatrak, which assigns torque to the wheels that need it. The standard seating arrangement is two rows for five passengers, but it can be equipped with an optional third row, which folds flat into the floor. The second row also flips and folds or can be removed entirely. When all seats are down, the 54.5 cubic foot trunk expands to 108 cubic feet. Lots of headroom and a low entry make access easier, without fear of constantly bumping your head. The CXL is the better equipped of the two trims, adding leather seats, but many bells and whistles will cost extra, such as a sunroof, OnStar, parking sensors, power front seats with memory settings, and a revamped heads-up display that projects car information onto the windshield.

Using Tiger Woods as its spokesman demonstrates Buick's intentions to market the 2002 Rendezvous to a younger crowd, albeit a golfing crowd, meaning the average buyer will probably fall somewhere in their 50s. Owners say the SUV drives like a car, and that they like the styling, the comfortable seats, the cargo flexibility, and roominess. There have been many major repairs reported, however, most commonly with wheel bearings and the intake manifold, along with electronic problems and a pesky rear hatch. Other complaints mention the limited third row legroom, and the need for a more powerful engine.

What's your take on the 2002 Buick Rendezvous?

Have you driven a 2002 Buick Rendezvous?
Rank This Car

02 Buick rendezvous started the key in the farthest position windshield wipers don't work AC don't work radio don't work pull it back just a fraction of a hair where it's still running everything w...

I bought a 2002 Rendezvous CX AWD that has the driveshaft missing and non-ABS hubs installed. So obviously, I can't get rid of the AWD and ABS warning lights. Can I just pull the warning light LEDs? A...

My Vehicle Is Still Over Heating After We Changed The Water Pump, Radiator ...

i have changed the water pump, thermostate and radiator cap also flushed the radiator and bleed the air out but the vehicle is still gettting air in it and still over heating, what seems to be wrong...

How Do I Change Oil Pan Gasket On A Rendezvous