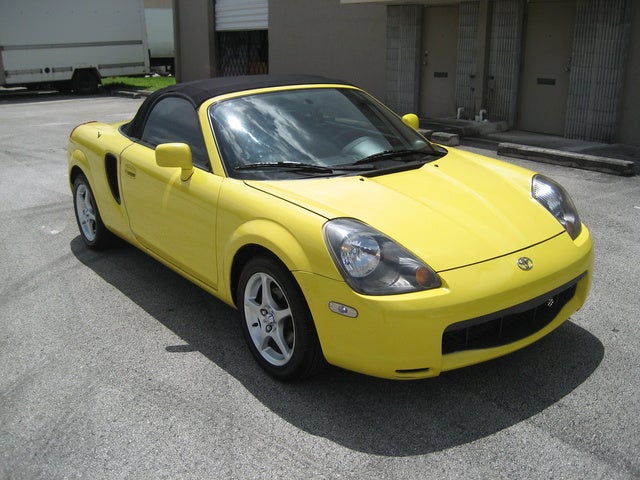 Have you driven a 2001 Toyota MR2 Spyder?
Rank This Car

Should Have Got One When They Were Available By Paul

Corners like its on rails - 0-60 under 8 secs and driven average in the summer months 40 mpg. who could ask for more. Well storage space would be a bonus. Driving to work is not a chore round twisty c... Read More

This has been a great car. I've never had a single mechanical problem in the 3 years owning it. All reguarly scheduled maintenance has been kept. The speed and lighweight of the vehicle makes for a fu... Read More

Hard to find, fun to drive. The top is a little hard to get snapped on right in mine. Very nice condition with low miles and a fair price. Read More

This is a great, fun car if you don't need any more than one person beside you in the vehicle. Handling is incredible, it gets 29-33 mpg even the way I drive it, and for only having 145hp the 1980... Read More

Very good looking car :) Fast, amazing gas mileage and very sturdy. Best handling car I've ever owned prior to my Evo. No matter how hard I drove this car I never got less than 40 mpg. Very dependable... Read More

While not blisteringly so, fast enough to be a barrel- load of fun. Incredibly low cost of ownership considering the style of car, particularly for tyres. It does have next to no luggage space, but ... Read More

Like driving a street legal gocart. Will give a motorcycle its run for the money on the dragon tail road. Great gas mileage. Read More 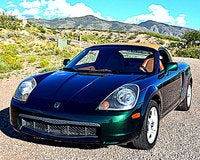