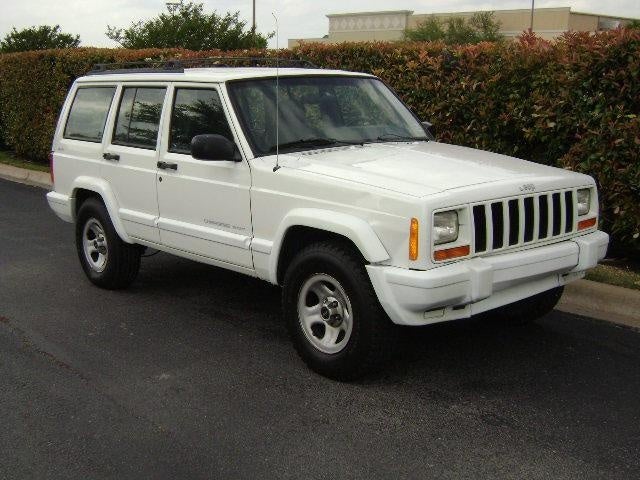 Have you driven a 2001 Jeep Cherokee?
Rank This Car

had all the features we were looking for.. very responsive handling and comfortable ride. Nice to have the type II transmission so it can be towed. Read More

I currently have a 2015 Jeep Cherokee Limited that I like very much. In reviewing the current Cherokee lineup it seems like the Cherokee Latitude Lux fits my requirements rather than another Limite... Read More

This car 25000km and not the 16212 km as indicated in advert. The car does not appear to well constructed with lose fitting interior control panel. Read More

I was looking for a vehicle with features that I wanted. Such as, four wheel drive, sun roof, leather seats, V6, towing hitch, good gas mileage, smaller SUV: meaning no three row seating. I found all ... Read More

The only thing I dont like about the 2020 jeep Cherokee is the power. It lacks the take off power I prefer. But other than that its a beautiful vehicle rides smoothly and is comfortable. Read More

I love my new car! I do wish it had a remote start, but I can add that for less than $350. The Jeep Cherokee Latitude Sports Plus 4x4 has a smooth ride, decent gas mileage, and lots of extras! Read More

I had a Lincoln MKX and now own this Jeep Cherokee Overland. I love the features. Drives smoothly as well. Love this car! Read More

This is a very base model. No bells and whistles per say, but its very comfortable and drives nice. Value for the vehicle was great. Read More

Great vehicle…I love all the features and style. I believe I made a great choice. Thank you for a nice advertisement. Read More