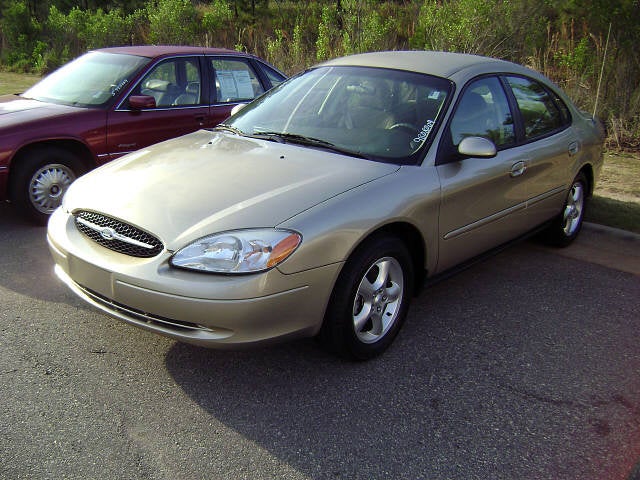 Average user score
4 ⁄ 5 stars
Based on 35 reviews
More Than Nine Million Sold Can't Be Wrong by Jim — Taurus - the car that saved Ford in the mid 1980s. The fourth generation Taurus (2000-2007) is a very good choice in the larger range of the midsize sedan class. It is essentially the same car as ... Read more
A Driver's Car by mikem — Accelaration Excellent,Handling equivalent to a midsize german car(On SES option w/3.0 V-6 duratec Engine)Pleasantly sufficient,Room even w/center console somewhat spacious - Get the Leather seats the... Read more
Cool Car With A Good Sound by jaykup2013 — I never thought I would own a Ford.., much less a Taurus. I love my car but the people that had it before me didn't take care of it. I'm not saying that the whole life of the car and the other previou... Read more 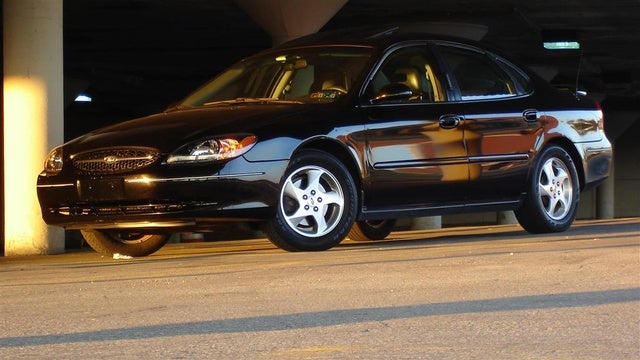 The 2001 Ford Taurus represented the second year of the model's redesign. As such, few changes were introduced. Antilock brakes were offered as an option for the LX and SE trims and came standard on the SEL and SES. Also available on the higher-end trims were a few luxury touches, like leather bucket seats and power-adjustable pedals.

As the newest incarnation of Ford's long-time bestselling car, the '01 Taurus had some history to live up to. Fortunately, drivers and reviewers alike responded well to the redesign. A more angular, broader-shouldered exterior provided more room in the cabin and more cargo space in the trunk; this was a key advantage the 2001 Taurus enjoyed over other midsize cars, even the more-expensive Volkswagen Passat.

On the other hand, the '01 Ford Taurus wasn't a muscle car, a sports car, a luxury car, or anything else particularly fun. What it did offer, though, was reliable, solid family transportation at an affordable price.

Not too long on power, the Taurus's base engine was a 155-horsepower V6. The higher-end trims, though, offered a 200-horsepower DOHC V6. Fuel efficiency was a middle-of-the-road 20 mpg city, 28 mpg highway.

Leroys73 I have found on the DOHC model almost everything under the hood difficult to work on.

Innkeepertom Sable wagon has a constant whining sound when running- what could be causing this ? It stared 3 years ago and my mechanic cannot figure out the source but says don't worry about it. Does not effect the car's operation.

Have you driven a 2001 Ford Taurus?
Rank This Car

2001 Ford Taurus No Clue What Even Happened

Where Is The Location Of The Water Pump

So back story is I drove a very far distance, it was fine. On the way back I stop and get some gas at a little less then half way but im already at a half tank, i put about another 1/4 tank in. I ...

Gas Cap Light Came On, When The Gas Cap Is Locked

dash gauge lights for the fuel indicators and partially for the speedometer do not light up. Is this a fuse or bulb replacement issue? and how or where do I check?