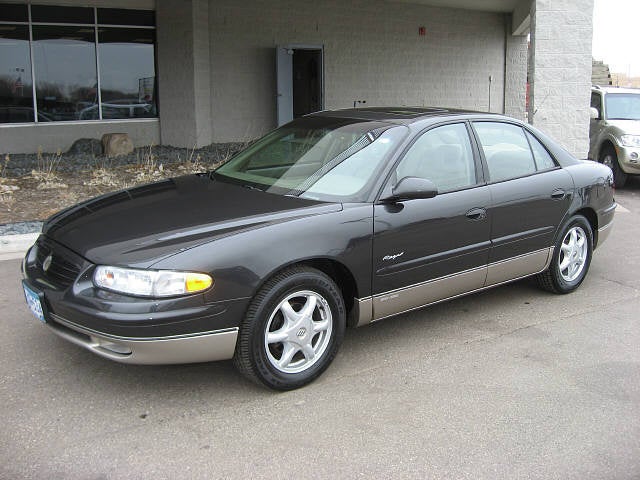 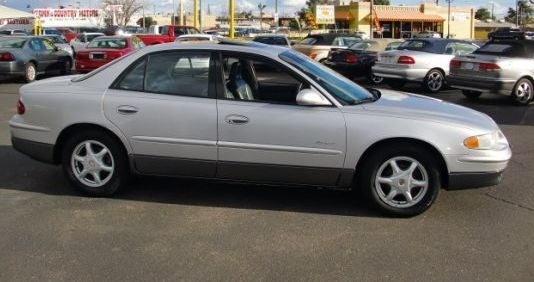 The 2001 Buick Regal is a sporty version of the Century, with which it shares a platform. Its grille and front end are the major stylistic distinctions from the Century. In 2001, the Regal adds standard OnStar to its performance-oriented GS trim. Also added is a special Olympic appearance package option, designed by Joseph Abboud in honor of Buick's U.S. team sponsorship. It sports the U.S. Olympic logo and a two-tone exterior and comes with a sunroof and an 8-speaker sound system. When added to the base LS, it adds the Gran Touring suspension.

Two versions of the same engine can be had with the 2001 Buick Regal. The base LS has a 195-hp, 3.8 V6, while the GS is powered by a supercharged version of this engine that hits 240-hp. Both come only with a 4-speed auto tran, and the one in the GS is more heavy duty. ABS, dual front airbags, and traction control are standard across the line, but the sportier GS adds side airbags, a stiffer suspension, larger 16-inch wheels, and replaces chrome moldings with body-colored ones. The 2001 Regal is a mid-size sedan that's practical for families, with it's split-folding rear seat, but also fun for parents who leave their kids at home for a night out. The LS is nicely equipped with full power features and cruise control, and stepping up to the GS adds leather seats, a CD player, heated mirrors, and dual-zone climate control.

Four-star ratings make the 2001 Regal an attractive choice for families, though owners say the interior is somewhat bland and in need of modernization. They also feel the rear legroom is limited for adults. High marks go to power in both the LS and GS, with responsive driving feel and instant acceleration (0-60 in 6.5 seconds) in the GS. Owners also say the ride is smooth and gas mileage is good for a mid-size sedan.

ArgentumLinguasBestia It was one of my favourite cars I ever had. It was purely mental. I added a dual turbo, did some small tuneups to the engine/ecu, upgraded the suspension, and replaced the backseats to reduce the weight. Family car outside, racer inside.

Have you driven a 2001 Buick Regal?
Rank This Car

Vehicle Not Turning Over

I have two questions one my code reader will not link with the vehicle. And second this vehicle won't even crank got voltage is everywhere

Why Is My Coolant Drain Plug Leaking

2001 Buick Regal Shut Itself Off

No dash, interior, or any lights would come on. The engine would turn over and now after I let it sit for a moment and now it doesn't turn over and only a lone "Check Engine" light comes on. It's th...