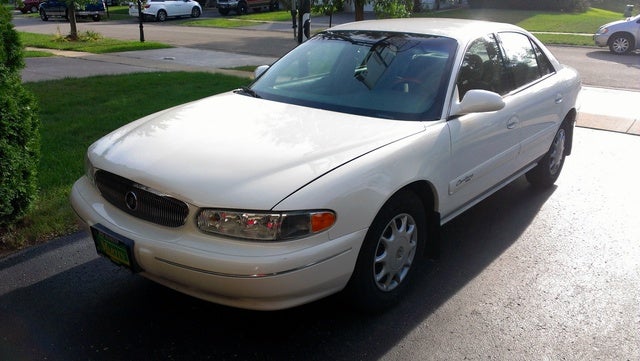 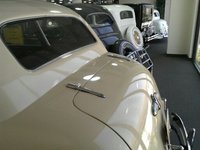 Average user score
4 ⁄ 5 stars
Based on 12 reviews
I Love This Car by AntwonM — If you are looking for a solid performing, roomy reliable car at reasonable price, this is the car for you. Solid Buick make with alot of extras for the price. Great car for a growing family like mine... Read more
.....? by Samantha — Amazing gas mileage. low maintenance. owned for about a year.. and the only work iv had to do is putting new rotors on soon.. handles great. runs smothly. It is so much fun to drive. its like my own p... Read more
A Comfortable Car With A Lot Of Power. by Aleks — Everything is good about this car. Treat it like a baby and it will return the favor. Read more

It's no eye-turner, but the 2001 Buick Century gets the job done comfortably and affordably. The mid-sized front-wheel drive sedan is Buick's most popular car, perfect for families or first-time buyers, though its average driver is probably heading for retirement. It comes with a long list of features, gets four-star crash ratings, and is surprisingly roomy inside. Its low price tag and nondescript styling may account for its popularity in the fleet and corporate segments.

The 2001 Century comes in base Custom and better equipped Limited trims. The Special Edition trim from last year is now offered as an appearance package, with blacked-out grille, monochrome paint, and 15-inch chrome wheels. OnStar is now standard on the Limited and optional on the Custom. An emergency interior trunk release has been added in case grandma locks her grandkids in the trunk by mistake, and new rear wheel well liners help reduce some road noise. An uninspiring 3.1-liter, 175-hp V6 and 4-speed auto tran power the 2001 Century, and though it won't win a drag race, drivers say it provides good enough pep on the highway. It also has been rated at 20/30 mpg, which drivers love in a mid-size sedan. ABS brakes, traction control, dual front airbag, and automatic headlights are standard safety features, and a tire monitor and side impact bags are added on the Limited.

The Limited offers a lot of luxury, including power seats, leather upholstery, and cruise control, but even the Custom offers power features and keyless entry, which is pretty good for an entry-level car. Unlike the Regal, the 2001 Century seats six people in two rows of bench seats. Drivers praise the roominess of the cabin and trunk, along with the comfortable seats. A favorite feature is the auto headlights. Aside from a need for a bigger engine, the only consistent complaint was about the boring and outdated looks of the 2001 Buick Century.

Elaine My neighbor wants $1,300. for a 2001 Buick Century. Over 140,000 miles. She is the 2nd owner. Front driver seat will not move. The battery is bad? Tires are very bad. My question is what price should i offer her. Thanks for your input.

Have you driven a 2001 Buick Century?
Rank This Car

Will A 01 Buick Century Front Clip Interchange With A 04

I have a 2001 buick century and would like to see if the parts from a 2004 buick LeSabre are interchangeable?

When anti lock light came on we checked brake fluid and it’s fine. After I started it again later the light was off. What does this mean?

So i accidentally hooked jumper cables up wrong way the other day and immediately the car wouldn't start, so my dad came over and got it to start and then it stalled out we thought maybe it was out...

Can You Supercharg A 2001 Buick Centery