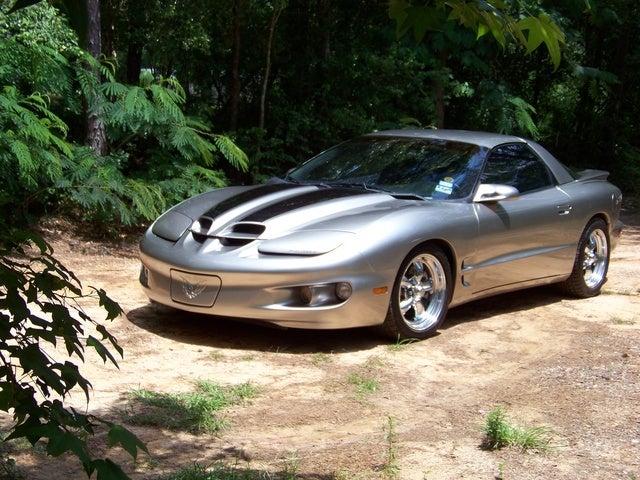 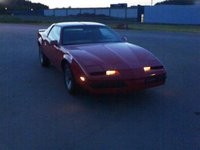 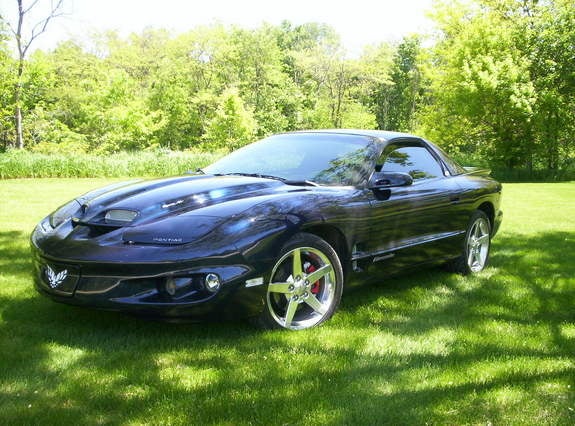 The Pontiac Firebird isn't really made for more than one person. With a tiny rear seat and little regard for the front passenger, it's all about the driving experience. And once you're behind its wheel, who gives a hoot about anyone else inside or outside the car? The 1999 Firebird is fresh off a redesign from the previous year, so few changes were in store. It got a bigger gas tank and a new traction control option across the line. The V8 models also got a Torsen limited slip differential. To celebrate its 30th year, a special anniversary edition white Firebird with blue stripes was issued, with an airbrushed image of Knight Rider's David Hasselhoff on the hood. OK, I'm kidding about the Hoff part.
The 1999 Firebird came in both coupe and convertible forms. Base model featured a 3.8-liter, 200-hp V6, while the Formula and Trans Am carried the new LS1 V8 engine rated at 305-hp. With the WS-6 performance package, that rating went up to 320-hp and added dual exhaust tips, alloy wheels, and hood scoops. The LS1 harkened back to the muscle car days of yore, producing one of the fastest Firebirds in Pontiac history.

The LS1 V8 was fierce and fun, say owners, though V6 drivers were more than satisfied with their engine performance. Aggressive styling, tight cornering, and overall muscle car action are the Firebird's biggest selling points, along with its affordable price tag. A backseat that would make Mini-Me feel claustrophobic, poor traction in bad weather, and problems with the ABS system were common complaints.

What's your take on the 1999 Pontiac Firebird?

Guru7QRC I love it! Drive mine daily, nothing new could ever take it's place

GuruVJPTS I get compliments on mine every time I take it out. It's a black formula LS1 with a six speed gearbox and it looks like new.

Have you driven a 1999 Pontiac Firebird?
Rank This Car

If i was to acquire a 427 cubic inch motor (6.9 almost 7 liters) would it be able to fit inside a 1999 Pontiac Firebird? obviously if it did id have to change some things out such as the tie-rods ...

My Power Windows On A 1999 Firebird Won't Work Intermittently. The Motor An...

The motor and switch have been replaced on the driver's side. It then worked for awhile but won't work again at times. I have noticed that this problem only occurs when the clock light on the dash g...

Can a firebird/Camaro owner '99-'02 please tell me where I can snag a QUALITY dashmat? Impossible to confirm by looking at online pictures. ALSO, is there a product that will repair cracking on d...

Motor will turn over but won't start, tested the fuel pressure - good, tested the spark to the plugs - good. At this point I'm lost, no engine code or security lock out. Help?