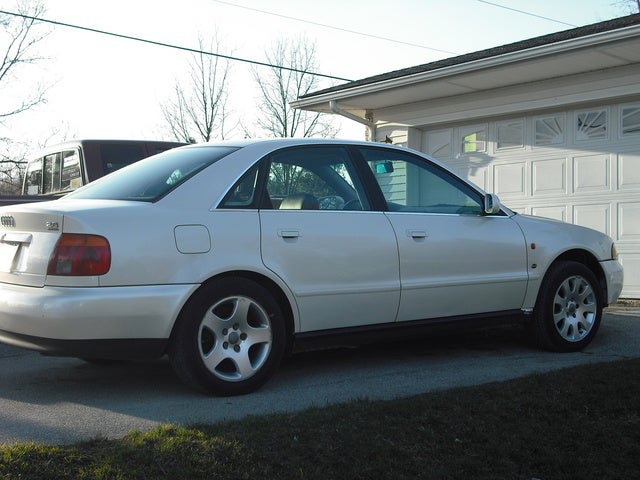 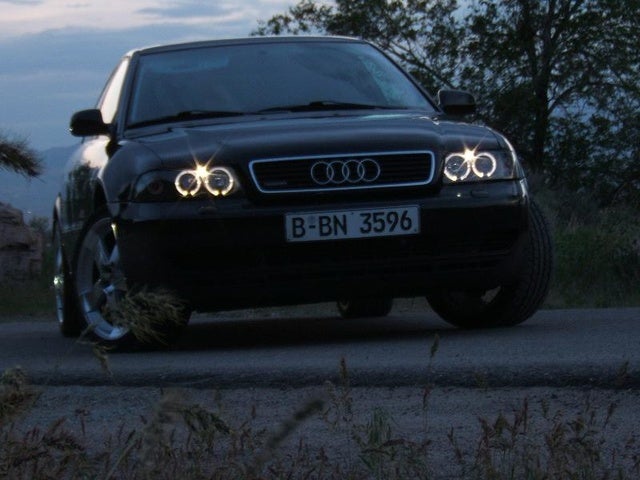 Last year, the A4 introduced a wagon to go along with its sedans, the 2.8-liter, 190-hp V6 Avant. Feeling left out, in 1999 the 1.8 Turbo A4 gets its own Avant, maxing out at a not-too-shabby 150 hp. Both sedans and wagons also are available as a quattro AWD version as well, and all Audi A4s come standard with ABS brakes, traction control, power windows and locks, cruise control, and leather-trimmed steering wheel and shifter. Since you'll spend a lot of money on the solid-performing Audi in the first place, Audi figures it should treat its owners right on the inside.

Somewhere out there a coffee-scalded commuter is thanking Audi for redesigning its notoriously shoddy cupholders, known for spilling at the slightest step on the gas pedal. Yes, one of the big changes in the 1999 Audi A4 is new cupholders. Also new in the 1999 Audi A4 is a larger passenger side mirror. Whether choosing a wagon or sedan, what you know you'll get with Audi is not only a luxury interior, but expert handling and smooth ride. The quattro AWD, when paired with the firmer supension and tuning of the Sport Package, arms you for battle against the elements, giving drivers full confidence on the road.

The quattro and five-speed manual transmission are big hits with owners, as are the responsive handling and traction of the 1999 A4. Good trunk room, especially with the wagons, is also praised by moms and dads everywhere. Aside from the never-ending complaints about expensive repairs, owners also dislike the A4's reliability and frequent visits to the shop. Some have reported problems with the brakes. The seats, particularly in the back, are not comfortable for long trips. And, sorry Audi, but owners say the cupholders are still badly placed.

Can I Use Toyota Or Kia Engine To Replace Audi A4 1.8t Engine

None Of My Windows Will Work

Hallo guys and girls Audi A4 B5 2.8 V6 batterie was flat i recharged it .Had dinostic done no faults . Not starting. Check for spark and nothing no spark .Then change the coilpack . Still...

Joshua asked a 1999 Audi A4 2.8 quattro Sedan AWD Maintenance & Repair question about a year ago

The car is cranking over, previous owner had it and replaced the coil packs and spark plugs. Still no change to the condition of the car