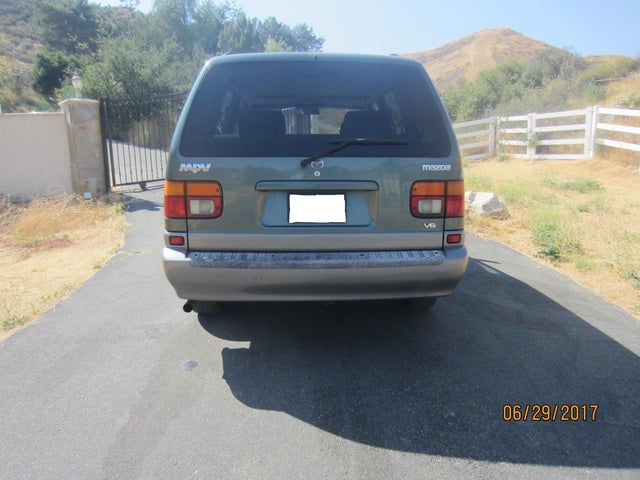 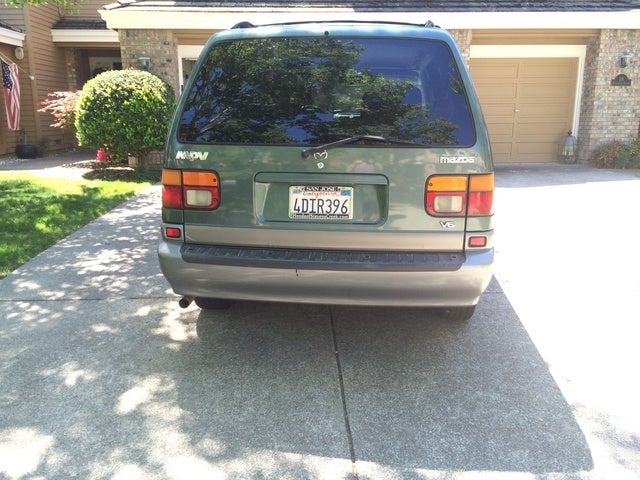 The Mazda MPV's only noticeable upgrade for 1998 was the addition of a CD player, which was included as standard equipment on all models. Other than that, the four-door MPV minivan was virtually unchanged from the previous year. Four versions were available -- the MPV LX with two-wheel or four-wheel drive, and a higher-end MPV ES version, also with two-wheel or four-wheel drive.
All models came with four-wheel anti-lock brakes. Power was provided by a 3.0-liter V6 engine that produced 155 horsepower. A four-speed automatic was the only transmission available.
Standard features for the MPV LX included power windows, dual airbags, cruise control, fog lights, power door locks, and power exterior mirrors. The ES version added leather captain's chairs, a leather-wrapped steering wheel, a rear heater, and a self-leveling system, among other features.
The MPV's roominess, versatility, durability, and safety features were among its positive points cited by drivers. Most drivers reported have very few mechanical problems with the vehicle, and replacement parts were easy to find. Drivers also liked the MPV's sporty looks, although on the downside, drivers noted that its the ride could be harsh and that at times the vehicle seemed underpowered.

Have you driven a 1998 Mazda MPV?
Rank This Car

I have a Mazda mpv 1998 model with a problem of turbo system and I ask my mechanic to disconnect the turbo, only realize that after two days it was pumping oil into the exhaust with white smoke. A...

5-25-08 I just bought a 98 MPV. The back passenger door lock isn't working properly - door won't unlock. Can you tell me if there's a lock assembly available or will I have to buy a whole new door ...

Can anyone indicate what type of fan clutch (standard or heavy duty) shall I buy? There are so many, I recently bought one on Rockauto.com but it does not work properly. Now I want to distinguish so...