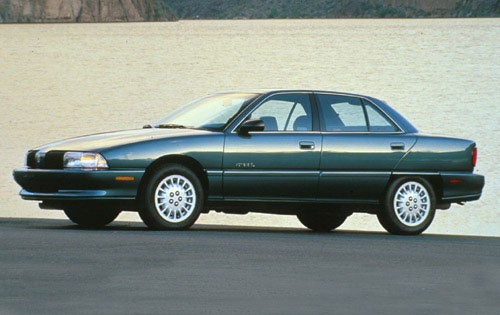 Have you driven a 1997 Oldsmobile Achieva?
Rank This Car

Say Whatever You Want, But This Car Has Treated Me Well. By Tom

My Olds By Daniel

I like this car a lot. I use it to drive back and forth to work. It gets awesome gas mileage still. I average about 30 mpg. I love this car, it looks good and it is still mechanically sound for having... Read More

I loved this car. It had plenty of power for a daily driver, and I was getting over 30 to the gallon on the highway. I could go anywhere in it, and actually drove through over a foot of snow in a co... Read More

It Is An Alright Car By Adam

Great First Car And For Long Commutes By Eric

I like Thats its an American car I dont like that it is only a 4 cylinder Fuel efficient Not my dream car Cheap price, Good strong and reliable Low miles Good interior Good stereo but nothing special ... Read More

It Is Ok. Theres A Lot Of Better Choices Out There For The Year. By Rj

Performance was actually ok. Had a V6 and when you tapped the gas, it didnt take off nor did it lag. The breaks werent touchy or too hard either. It looked nice, especially for its year. Quality was... Read More

Its a 1993 Oldsmobile Achieva SC With the 2.3L quad-4 H.O. The car goes for a 4- cylinder it brakes good and it handles like a sports car. It needs a new motor the i rebuilt just couldnt hold up so im... Read More

Looking for a Used Achieva in your area?

CarGurus has 3 nationwide Achieva listings and the tools to find you a great deal.

Have you driven a 1997 Oldsmobile Achieva?
Rank Your Car →