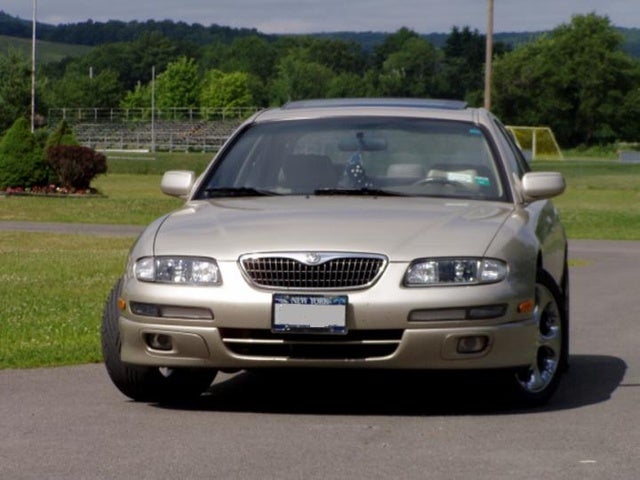 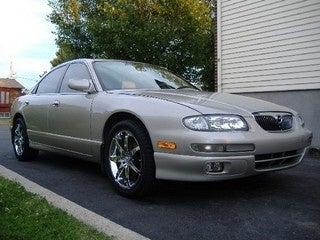 Mazda made only minor changes to its Millennia luxury vehicle for 1997. Base, L Sedan, and S Sedan versions were available. A powered, eight-way adjustable passenger's seat was added to the L and S versions, and all three versions received an updated audio system with a CD player. Engine gearing was also improved to provide better response at low speeds.
The Base and L versions of the Millennia were powered by a 170-horsepower 2.5-liter V6. Standard features for the Base model included air conditioning, power windows, power door locks, a tilt steering wheel with a memory feature, cruise control, automatic climate control, dual airbags, and a lighted entry system. The L Sedan added leather seats and a power sunroof.
The S version received a supercharged 2.3-liter V6, which pushed horsepower up to 210. It also was equipped with an upgraded list of standard features, including leather seats, a power sunroof, and traction control.
Generally, drivers were very positive about the Millennia sedan, praising it for its quiet engine, smooth handling, luxury features, and good value, especially when compared to other luxury automobiles. On the downside, some noted that power was adequate but not spectacular, and that gas mileage was not as good as expected.

What's your take on the 1997 Mazda Millenia?

Have you driven a 1997 Mazda Millenia?
Rank This Car

The Outer Lilly Belt Broke On My Mazda Millennium Can I Still Drive The Car...

Valve covers were removed off my 97 mazda millenia with a 2.5 engine. The windage tray was removed from one of the valve covers for cleaning. It was not reinstalled on the valve cover when the val...

My Millenia Is Overheating No Leaks What Could Be The Problem It Drives We...

is this a pulley or my belt? I,m affraid it might be supercharger pulley or bearing