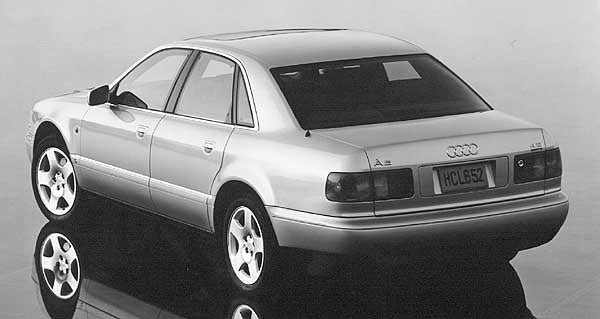 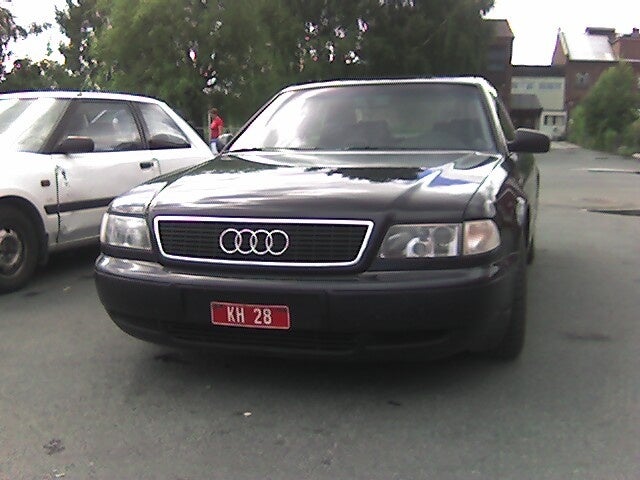 Full-size luxury returns to the Audi lineup as the 1997 A8 replaces the now defunct V8. The Audi A8 sedan includes all the sophistication, creature comforts, and classic engineering already on display in the A4 and A6 sedans, but adds some innovations that help improve on handling and fuel efficiency. Available in either a 32-valve 3.7 V8 at 230-hp or a rocket 4.2 V8 at 300-hp, the 1997 A8 is paired with a 5-speed automatic transmission. Quattro all-wheel drive is standard with the 4.2 V8.

The 1997 A8 is the first sedan in the U.S. to employ an alumnimum frame and exterior panels (Audi Space Frame technology) which is designed to improve responsiveness and raise the fuel economy by reducing the overall weight of the car. As a result, the A8 handles more like a smaller car, and with the propulsive 4.2 V8, acceleration is incredible for such a large car. The quattro feature makes hay of snow and ice and adds to the feeling of security already provided by the standard ABS brakes, anti-slip technology, and independent rear suspension. Another innovation in the A8 is six airbags -- dual front and side and two rear side airbags.

Most owners love the 1997 Audi A8 for its spaciousness and well-planned interior that add to rider comfort. The 4.2 engine is a powerhorse delivering immediate acceleration response and a thrill behind the wheel. Handling and smoothness only improves with speed and some feel it outperforms the comparable BMW 7 series. Quattro grip is outstanding. Low points include high repair costs and unhelpful dealers, and poor fuel economy. The auto tran seems to cause a lot of problems and can be awkward finding the right gear, making owners long for a manual option. Small mirrors that cause blind spots were also mentioned.

How Many Miles Is Too Many For One Of These Cars & If So Any Issues I Would...

How Can I Use The Product Of VVDI China VAG Vehicle Diagnostic Interface?

I have bought a car diagnostic interface, but I don't know how to use it, what the function of this tool, and how to update it? What can it do?

Last night driving I was at a stop light and when I went to drive there was kind of a jerk, so I go two blocks to the next light and stop and when I try to go to turn into a parking lot and there...

I Have Audi A8, Battery Keeps Discharging, Located In Trunk, But Won't Open...

When the Battery goes flat (Located in the Trunk), the trunk will not open. How does one jump start the car in this situation? are there additional jump starting terminals on the car and where are th...