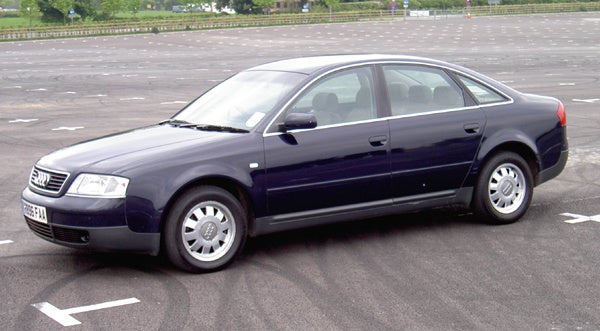 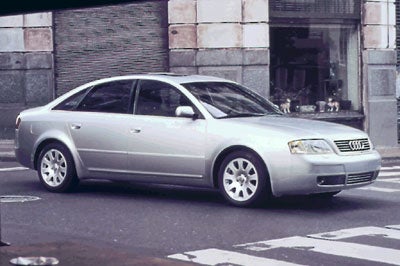 No one will ever accuse Audi of creativity, at least in its names. Not particularly catchy, the 1997 Audi A6 nevertheless makes up for it with sturdy engineering, crisp steering and firm suspension, and an elegant roomy interior. Even its trim levels don't beat around the bush with strange acronyms. They tell you straight out, it's a sedan or wagon powered by a 2.8-liter engine, either with or without quattro all-wheel drive.

Be warned that the 1997 Audi A6 stayed virtually the same as in 1996 because it was preparing for a restyling and new engine choices for 1998. Produced as either a sedan or Avant wagon, both styles came in a front-wheel drive and quattro version with a 2.8-liter, 172-hp V6. In 1997, the A6 offered a Quattro Value Package, which bundled the sportier all-wheel drive with larger wheels and a power sunroof.

Overwhelmingly, drivers think the 1997 A6 is way underpowered, sporting the same engine as the smaller and lighter A4. Its only distinguishing feature seems to be a roomier sedan, since such standard features as wood trim, power windows and locks, power mirrors, fog lights, and cruise control also appear on the A4. Poor gas mileage and a labored auto tran also saddle the Audi A6 with a somewhat frumpy image. But on the upside, the A6 is luxurious inside and very comfortable. Its suspension and sturdy frame provide a quiet, smooth ride and quattro expertise offers security and confidence.

Users ranked 1997 Audi A6 against other cars which they drove/owned. Each ranking was based on 9 categories. Here is the summary of top rankings.

I just purchased a used 1997 Audi A6 Quattro and the radio is in safe mode. What are the steps I removing the mode?

I have a 1997 2.4 sedan, and both these lights are showing on my dashboard. As have just purchased a week ago, came with no manual, what does this mean, is it serious?

Is The Transmission On The A6 Same Year As The A4 ?

Also What Is With These Audis Leaking Oil Onto The Exhaust Does ...