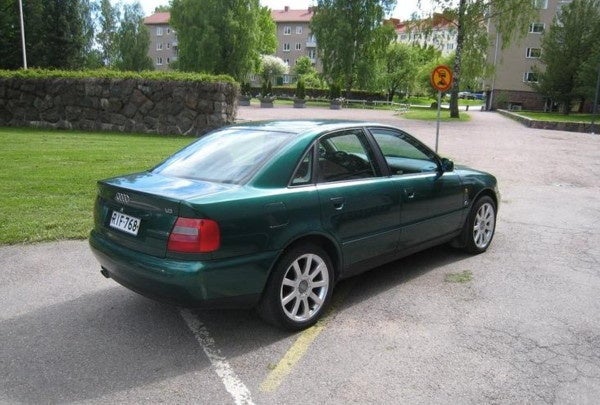 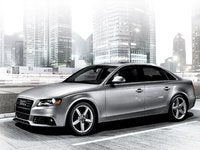 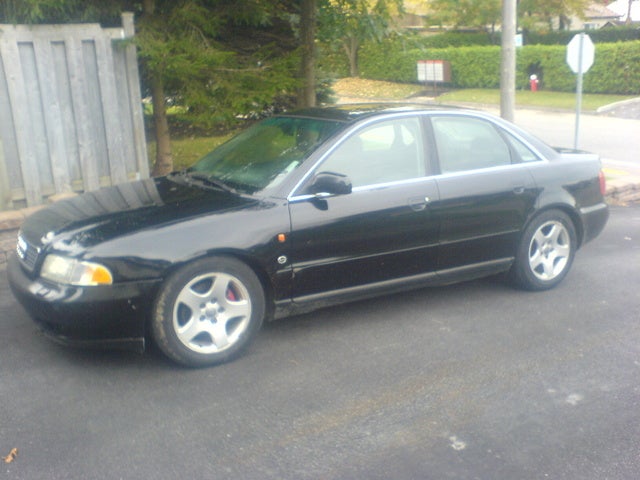 In 1997, the Audi A4 gets a new engine choice, a 1.8-liter, 4-cylinder, turbo that hits 150-hp. This is meant to be a more affordable car than the 2.8 V6, which later in 1997 gets an upgrade from 172 to 190-horsepower. Both engine types are available as four-wheel drive or the AWD quattro, coupled with a standard 5-speed manual transmission. Other changes in the 1997 A4 include a restyled rear on the 2.8, plus new interior fabrics. In the midyear engine upgrade in the 2.8, traction control and side airbags come standard.

The 1.8, though billed as the budget model, still does not skimp on creature comforts and comes standard with most of the same features as the 2.8, including ABS brakes, cruise control, and power windows and locks. A Sports Package, offered with both the 1.8 and 2.8 adds a lower suspension, bigger performance tires, sports-tuned shocks, and more supportive seats. An All-Weather Package gives you heated seats (a highlight for owners) and heated locks and mirrors. Leather seats and sunroof are optional.

The 1997 Audi A4 is Audi's compact car, but its rounded roofline and loads of glass make it feel bigger than it really is. With lots of legroom up front (sorry, backseat riders suffer from minimal legroom) and cargo room in the trunk that can be expanded with the 60/40 split-fold rear seat, the 1997 A4 is a family sedan that is both practial and luxurious. As always, the Audi A4 hugs the road, safe and solid, yet agile to drive, with little shudder or body roll. One driver admitted they purposely drive in the snow because of the quattro's great handling. Other high points include the heated seats and Audi's sleek styling inside and out. Low points include a weak acceleration, shoddy cupholders that spill more than they hold, a cramped backseat, and, as always, costly costly costly repairs.

The Display From My Radio Is "SAFE." How Do I Find The Code To Remove The S...

The radio will not operate in the SAFE mode. Please help

771 views with 8 answers (last answer about a year ago)

Just got an 1997 audi a4 b5 quattro v6 , the engine is cranking but not starting . Come to find out I'm missing relays n have a weird prong in the middle relay ?? Without it the car doesn't crank ....

Why Is My Turbo Getting Super Red And Hot?

i fix all the vacuum to the turbo and all valves seem to be working when i took them all out to clean them. the air filter is brand new. and the spoll in the turbo is spinning freely when i stuck my h...

Audi A4 Is Overhead