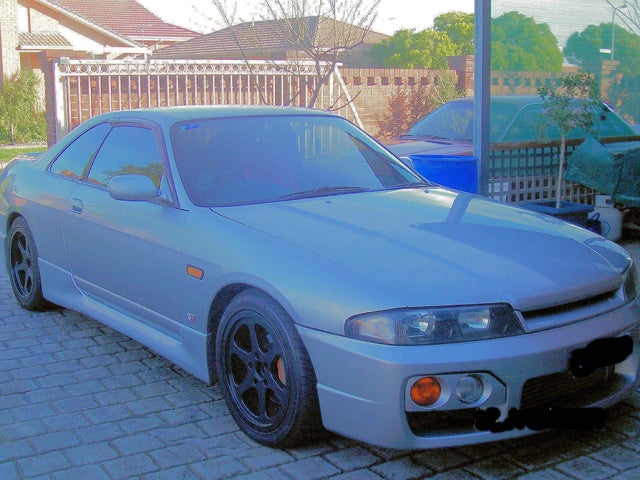 Have you driven a 1996 Nissan Skyline?
Rank This Car

This Is The Finishing Touch Of This Car Later This Car Will Only Be The Good Car Left. By Warrsa

i like everything about this car it good to cruise about in and its one of my favourites of all time the accelration is extremley quick n-60 2.8 seconds 0-100 in 90 12 seconds its sister cars has been... Read More

Great Car For A Great Price. Don't Even Bother With A More Expensive Wrx Or Supra By Simon

Performance is exceptional in stock form. Car accelerates from 0-100kmh in around 5.8 seconds, brakes stop you on a tack as it has 4 disc brakes, handling is acceptable but you really need some qual... Read More

Great For The Track, Not So For City Driving, Especially Poor Road Conditions. By William

R34 Skyline GTR V Spec II is one car can straight of the Japanese GT racing events. It's got excellent acceleration (0-100Km in 5 sec) and handling; Braking is great provided by 4/2 Brambo brake kits,... Read More

It's Japanese motoring history great to drive good pick up and go. Great car to drive fast or cruzing around. problem just wont to spend more and more money on it. Not a car if you care how much fuel... Read More

This is my 2000 nissan skyline its amazing and i added twin-turbos to it and now it has 410hp so its fast and loud alot of people underestimate it which is sad because i already beat a guy in a lambor... Read More

My dream car. the name says it all what are the best Japanese sports cars ever created next to the NSX and the supra. I believe these cars are up there with Ferraris and Lamborghinis just because of t... Read More

The Car I Have Always Wanted By Reece

i have owned my 99 R34 nissan skyline for almost 4 years and it has been an awsome car to own and drive, it has great handling and can be pushed hard and likes to get abit sideways. it can be thirst... Read More

Wanna go fast? Here is the perfect car. You may think your twin turbo supra or what ever you drive is fast but this twin turbo super moster will destroy what ever trys to take it on. Zero turbo lag an... Read More

Love It Inside Out. A Car I've Always Wanted. By Bez

Looking for a Used Skyline in your area?

CarGurus has 2 nationwide Skyline listings and the tools to find you a great deal.

Have you driven a 1996 Nissan Skyline?
Rank Your Car →