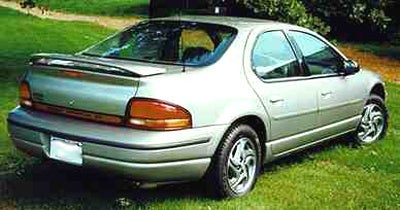 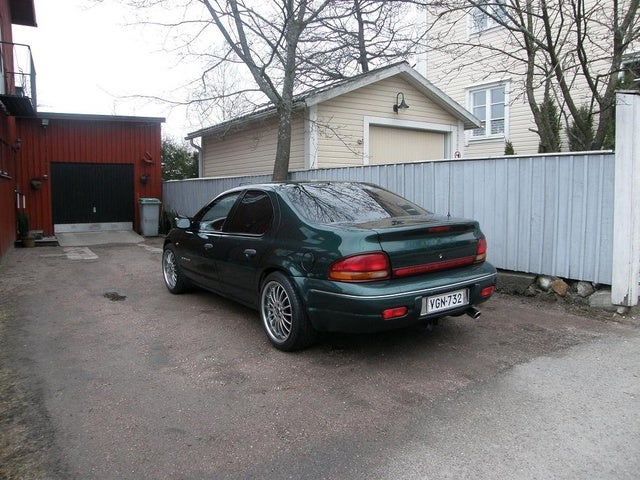 The 1996 Dodge Stratus brought forth some new features in the mid-sized sedan. Now standard on both trims is the 2.0-liter 4-cylinder engine with 131 hp, though the 2.5-liter V6 with 162 hp is an option on the ES. Both trims come with a standard 5-speed manual transmission, with a 4- speed automatic as an option. The manual transmission gets substantially better gas mileage than the automatic, with 25/36 mpg (compared to 20/29 mpg). While certainly not a speed or acceleration powerhorse, the 1996 Dodge Stratus performs well enough for day to day driving, and has the practicality to be used on a daily basis.

Air conditioning, tilt steering and a cassette player all come standard in both trims of the Dodge Stratus. An option available for both the STD and the ES is the moonroof, adding a bit of class and style to this family sedan. A CD player, power windows, and leather seats are other options available. The gas mileage with either the automatic or manual transmission makes the 1996 Dodge Stratus an affordable car to drive, and the comforts make sure that you're willing to.

Owners almost unanimously say this is a decent car. Nearly everyone had some sort of mechanical complaint with the 1996 Dodge Stratus, but they also almost all had good things to say. The most common positive was how roomy the interior was. Most people accept that this is not supposed to be a high performance, super high quality car, and don't give it terrible reviews. A common comment was that the 1996 Dodge Stratus was a good car for high school or college students.

Have you driven a 1996 Dodge Stratus?
Rank This Car

where is valve &cost

How do you replace the front pasenger window for a 1996 Dodge Stratus 4 door?

946 views with 2 answers (last answer about a year ago)

What Is Top Speed

How much oil goes back in after emptying it?

How do you test the altanator in a 1996 Dodge Stratus since battery is in fender well?