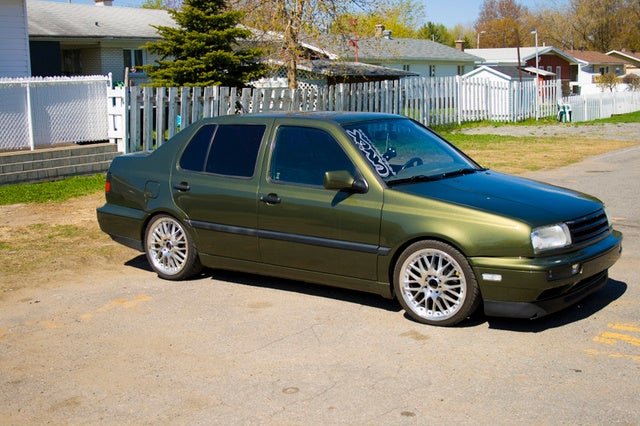 The Jetta's handling, roominess, and power were cited as positive points by drivers, but some also noted that their cars needed frequent repairs, which could be expensive.

What's your take on the 1995 Volkswagen Jetta?

Guru5S8S Love it, other than some stuff the previous owner did i have no complaints. it just rolled over to 220000 and still runs like a top. more torque than any car I've ever owned. Plenty of space for whatever, the trunk is huge. The one and only thing i have found about the car stock that i don't like is that the stock headlight assemblies aren't great for led's.

Users ranked 1995 Volkswagen Jetta against other cars which they drove/owned. Each ranking was based on 9 categories. Here is the summary of top rankings.

Have you driven a 1995 Volkswagen Jetta?
Rank This Car

Huge Noise Inside The Engine

I have a jetta 3 cli 1995 model . I had my crank cut and put on bigger bearings. When I started the car there was a huge noise inside the engine and when i push the clutch in then the noise ain't ...

Disarming The Alarm System For A 95 VW Jetta

Our son bought a 1995 VW Jetta. As he was working on the vehicle he set off the anti-theft system. Now the car will not start and we have been unable to trace how to disarm it. The car did not come...

Where Is The Beeping Noise

My 1995 be jetta 2.0 thinks it is in drive but it's in park that makes it so it won't start what it is the problem