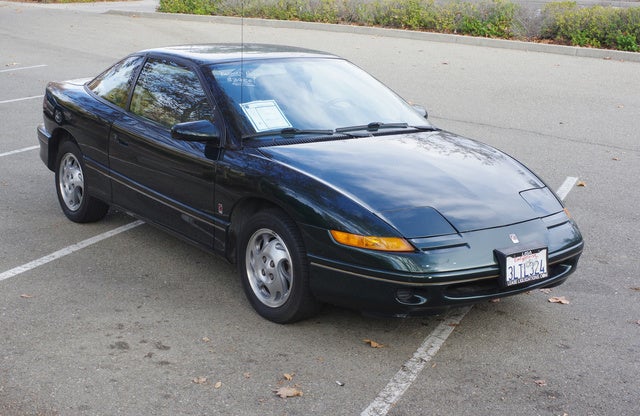 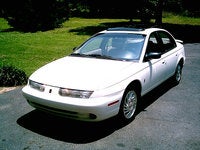 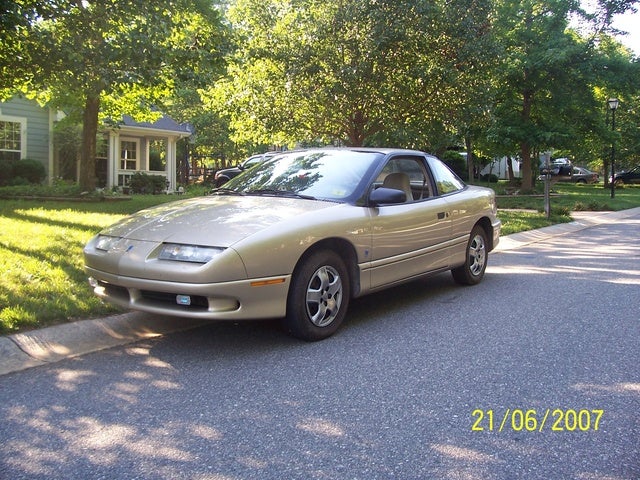 Saturn made primarily cosmetic changes with a couple key functional changes to the S-Series for 1995. Some revisions include new bumpers in certain trims, a new dashboard with dual airbags, an option for a cd changer in the trunk, and minor changes to the interior. Saturn also made an effort to reduce emissions and oil/fuel consumption by altering the compression rings in the engine. Perhaps the most important change came from upgrading the base 1.9 L, 85 hp I4 engine to 100 hp.
The 1995 S-Series comes in 7 trims: the SC1 and SC2 coupes, SW1 and SW2 wagons, and SL, SL1, and SL2 sedans. The SC1, SW1, SL, and SL1 use a 1.9 L, 100 hp I4 engine while the SC2, SW2, and SL2 use the more powerful 124 hp version. 5 speed manual transmission comes standard with optional 4 speed automatic in all trims except for the SL. Across trims, gas mileage generally goes from 25-28 mpg in the city to 34-40 mpg on the highway. Cargo space comes out to 10.9 cubic feet in the coupes, 11.9 in the sedans, and 24 in wagons with an upright back seat (56 with the back seat folded down). Air conditioning comes as an option in all trims.
Overall, Saturn made conservative changes without diminishing the main features that made the S-Series a mainstay in the compact market. Consumers generally like the solid performance that comes at a low price. However, drivers could do without the engine noise and excessive oil consumption. The 1995 Saturn S-Series took a step in the right direction by upgrading its base engine. In the end, more updates and attention to the finer details would determine the S-Series' ultimate fate.

Have you driven a 1995 Saturn S-Series?
Rank This Car

Historic Value Of A Car

Cooling Fan does not come on and all fuses and relay switches are good. Any suggestion on why it don't turn on

100 views with 4 answers (last answer about a year ago)