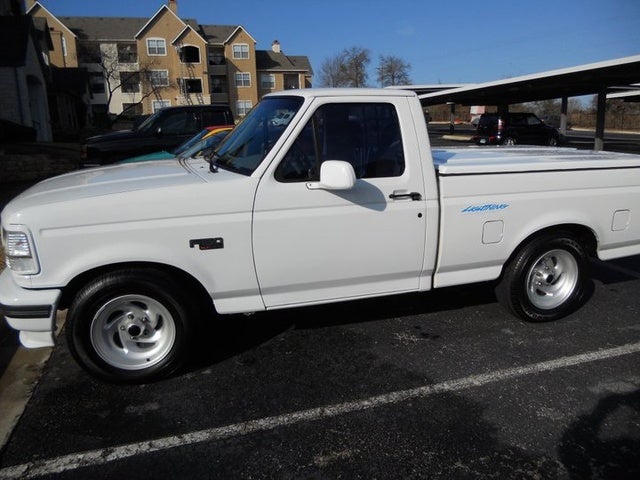 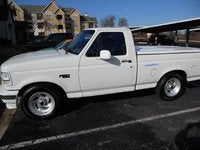 The 1995 Ford F-150 SVT Lightning was the last model year in the Lightning's first abbreviated trial run. Just a few of these came off the line; apparently, Ford was more eager to get back to the drawing board and revamp the concept than it was to produce this sporty performance truck.

Based on the market-dominating F-150 pickup, the 95 Ford F150 SVT Lightning featured some modifications to the basic F-150 chassis. Rigidity was increased in order to handle the big torque of the Lightning's custom muscle engine.

The real draw of the 1995 Ford F150 SVT Lightning was the power under its hood. A fuel-injected 5.8 liter Windsor V8 roared out a whopping 240 horsepower and 340 ft/lbf of torque. Aluminum played a key role in the 95 Ford F-150 SVT Lightning's quirky design, between the engine's hyperecteutic pistons and the aluminum driveshaft of its automatic transmission.

Speaking of automatic transmissions, some buyers were disappointed that the SVT Lightning wasn't available with a five-speed manual tranny; it does seem a bit odd, considering how many of the other modifications, like a lower ride and more rigid suspension, had been introduced in order to improve handling.

After the 1995 model year, the Lightning was retired until its splashy relaunch in 1999. So few were produced that they're almost impossible to find, but like most models in the Ford F-Series, the first-run Lightning has a core of diehard fans.