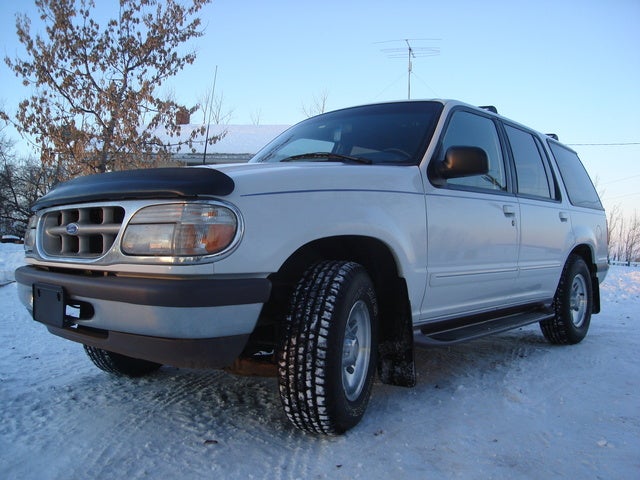 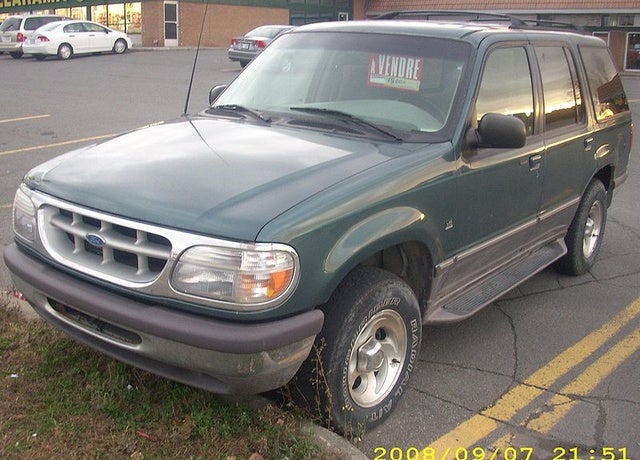 Big changes were afoot for the 1995 Ford Explorer. The exterior was restyled, with a slightly more aerodynamic look; a suspension update gave the '95 Explorer an independent front suspension that yielded a more car-like ride; and the interior was made more luxurious across the trim range.

Trim choices still included the Sport (now in two-door bodystyle only), the two-door and four-door XL and XLT, and the Eddie Bauer (now available only as a four-door model). The four-door Limited edition now offered a choice between four-wheel drive and rear-wheel drive models. A two-door, four-wheel drive trim was called the Expedition; this trim would only be offered for the '95 Ford Explorer.

Despite the many changes to the line, the engine remained the same for 1995: its 4.0 liter V-6 delivered 160 horsepower, and yielded 15-18 mpg city/20-22 mpg highway. If you're looking for a used Explorer, you might do well to hold out for a model from 1996, when the engine received a comparable upgrade. Still, drivers seem happy with their 1995 Explorers.

Users ranked 1995 Ford Explorer against other cars which they drove/owned. Each ranking was based on 9 categories. Here is the summary of top rankings.

Have you driven a 1995 Ford Explorer?
Rank This Car

95 explorer won't start. Pull the ignition fuse with key on then replace it and the fuel pump will cycle but if you drive it and shut it off after its warm the fuel pump won't cycle and it won't st...

What Would Cause My 95 Ford Explorer Slowly Stopped Accelerating While Driv...

95 Ford Explorer slowly stopped accelerating while driving until it would not move any more. Check engine and O/D light are on

I Nees Help With My Transmission Please

I have a 95 ford explorer 4.0 4 wheel drive and my tranny is slipping horribly and my reverse went out my bands arent switching gears right. All gear are drive except reverse. It even feels lik...

I have a 95 ford explorer 4.0l that has a over heating issue... i have replaced EVERYTHING and cant figure out why its still doing this... i replaced the coolant and thermostat first, then replaced...