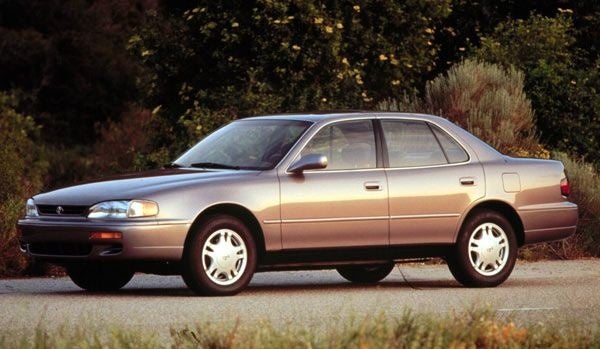 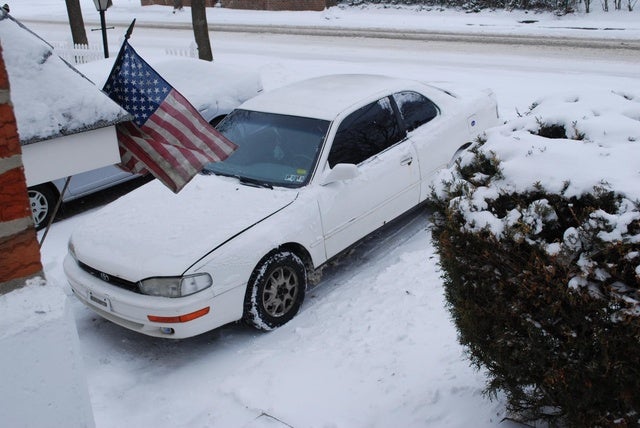 The 1994 model year brought some notable changes to the Toyota Camry. For the first time, a two-door coupe was offered, to compete with the Honda Accord. Other updates included a passenger-side airbag, a redesigned V6 engine with 188 horsepower and a new automatic transmission that allowed for less hunting between gears.

By this time, the Camry had firmly established itself into the hearts of the American driving public, who were helping to propel it to the top of the best-sellers list. Drivers rate the 1994 Camry highly for its reliability and its smooth, quiet drive. Some complain about the engine's lack of "pep" and that the backseat is a little too small.

stacie I bought a 1994 Toyota Camry XLE about 20 years ago and this is a great car engine still runs great and only minor engine maintenance in 10 years I love my car still have it a recently updated to a newer model of Camry XLE great car 200,000 miles and still runs great very dependable

Have you driven a 1994 Toyota Camry?
Rank This Car

Why Is My Car Running Rough?

I have a 1994 4clynder Toyota Camry that is running rough. Mostly on idle. It tends to be fine when it's a a bit higher of a rev point. When I first noticed the problem I checked my spark plugs and...

Why Is My Car Running Rough?

I have a four cylinder 2.1 liter 1994 Toyota Camry le. When I first noticed the issue I checked my spark plugs and found a bit of oil in them. Had the seal replaced. I then replaced the spark plugs...

I have 1994 Toyota corolla, I have no engine light when I turn the key on, no spark and no fuel it's just cranks. Computer box is tested and they said its good but the car is still the same... Ple...