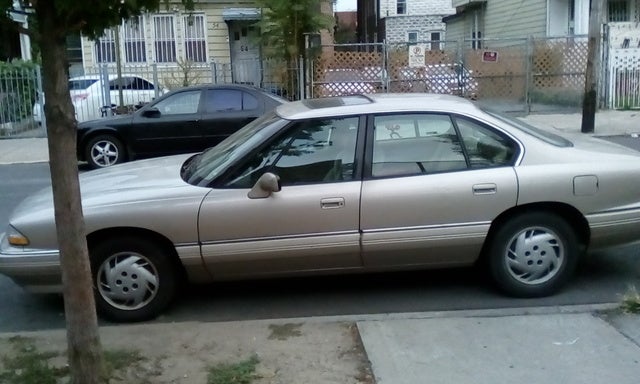 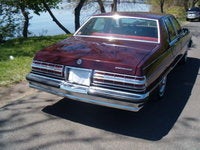 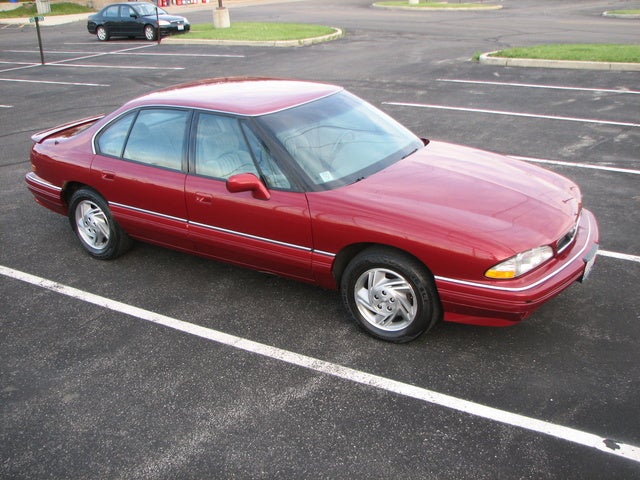 The Bonnie has been going strong for 36 years now, starting out life as a wide big-bodied sedan. The 1994 Pontiac Bonneville was still a spacious full-sized sedan that could fit five or six easily. It was available in two trims only this year, the SE and sportier SSE. Both featured a 3.8-liter, 170-hp V6, but a special supercharged option package for the SSE (the SSEi) boosted that horsepower to 225, a change of 15-horsepower from 1993. The only available transmission was a 4-speed automatic, and in 1994, it allowed the driver to select between normal and performance shifting modes.
Also new in the 1994 Bonneville was dual front airbags. A Computer Command Ride option on the SSE featured a suspension that automatically adjusted according to the driving conditions. ABS brakes were standard across the line, but the sporty SSE or SSEi distinguished itself from the base model SE by adding a rear spoiler, dual exhaust pipes, leather trim, and 12-way adjustable driver's seat. Options tacked on leather seats, the popular heads-up dash display, traction control, and a sunroof.

The 1994 Bonneville was roomy and featured center consoles in the front and rear for extra storage and cupholders. Owners loved all the space in the cabin and trunk, but make particular mention of the luxuriously comfortable seats that make you never want to leave your car. Tight steering, solid handling, the feel of a sports car, and a smooth ride also top the list. Reliabilty and overall affordability are other high points. Owners dislike the quality of the interior materials, which seem to break easily, the presence of rust on the exterior, and problems with electrics.

What's your take on the 1994 Pontiac Bonneville?

Have you driven a 1994 Pontiac Bonneville?
Rank This Car

What Other Years Of Pontiac Car Parts Fit The Column Assembly For Turn Sign...

Trying to find out what other years of bonneville or other makes of pontiac would have the same parts used for the turn signal arm rod connection into the pieces in the steering column assembly.

Which Radiator Do I Need/

My car makes a loud ticking noise like "tick tick tick tick" over and over while I'm driving. I don't know if its the engine or not but its coming from somewhere under the hood. I can't afford to ...