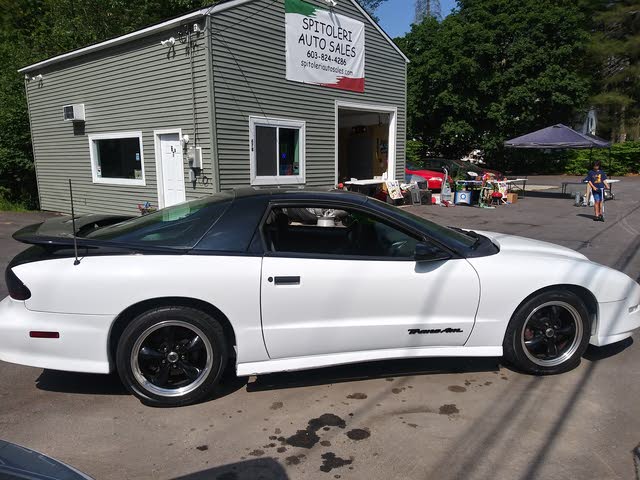 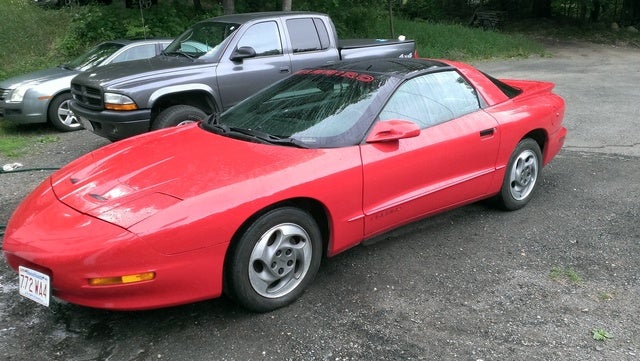 A complete restyling of the Firebird greeted its customers for the 1993 model, which introduced the fourth generation of this sports car. The body was made sleeker and was made of a dent-resistant material. It was longer, wider, and taller than the previous generation F-body. All cars came standard with dual airbags and ABS brakes
While the base, Formula, and Trans Am models were all available, there were no convertible models in the 1993 line. The GTA was gone in name, but the new LT1 5.7 V8 came with both the Formula and Trans Am, hitting 275-hp. A 6-speed manual transmission was finally standard with the V8. The base model had a new 3.4, 160-hp V6 and 5-speed manual transmission. An auto tran was optional on all models. The SLP Firehawk package for the Formula trim was still made available, for street racing performance, though only 201 were produced in 1993.
V8 performance, acceleration, and cruising speed are the biggest draws for the 1993 Pontiac Firebird. Owners love driving their coupes and the way it grips the road and maneuvers at high speeds. The addition of the 6-speed is highly welcomed. Modifications are easy and fun to do, and aftermarket parts are relatively easy to come by. Drivers also like the interior layout, though, as with most sports cars, complain about the lack of rear passenger room and access. Other complaints include uncomfortable seats and a poor paint job. The rear-wheel drive Firebird does not handle well on wet, icy, or snowy roads.

What's your take on the 1993 Pontiac Firebird?

Have you driven a 1993 Pontiac Firebird?
Rank This Car

Anyone Have Trouble With 93 Trans Am Radio Not Tuning In Properly?

My stock radio in my 1993 Trans Am has terrible signal. It won't stay clearly tuned in to any radio stations, and when I try to use a Bluetooth plug in adapter to play music from my phone, I cannot ...

Can You Tell By The Vin # What Model PONTIAC FIREBIRD IS