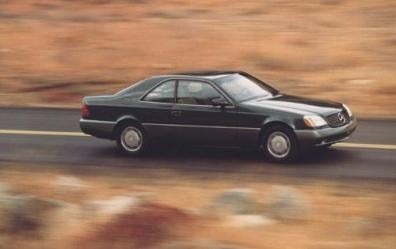 For 1993, Mercedes-Benz expanded its 500-Class line by introducing the next-generation 500SEC Coupe, which joined two sedans (the 500E and 500SEL) and the 500SL convertible.

Like the other cars in the 500-Class, the 1993 version of the 500SEC Coupe featured the automaker's 5.0-liter V8, which produced 315 hp. It was the same engine that powered all the cars in the 500-Class that year, and was coupled with a 4-speed automatic transmission. Standard features of the car included power steering, power windows, power door locks, air conditioning, power seats with memory, leather steering wheel trim, rear window defroster, anti-lock brakes, cruise control, and automatic climate control, among other features.

As far as the other models in the 500-Class are concerned, little changed from the previous year.

The ASR light comes on in the dash cluster, but the car is not moving. Is there some way to disable this function

My car don't have power what can be the problem

I want to know how to change the struts...i see it has some type of fluid line coming out of them...what is it and how can i change my struts

i check the vaccum pump under rear bench seat.ok was working now not working??.