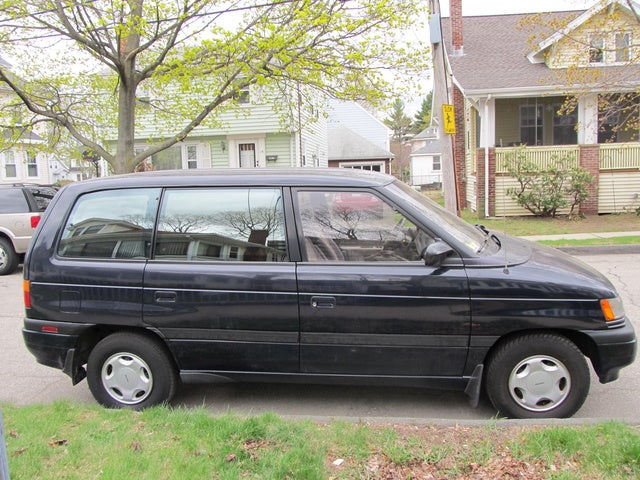 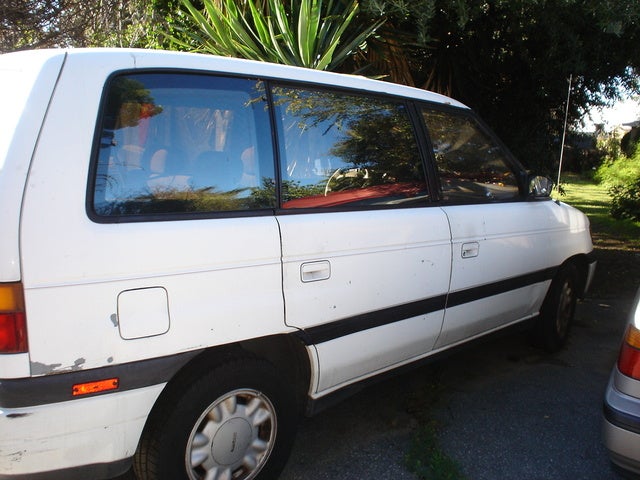 Mazda made only a few upgrades to its MPV minivan for 1993. A keyless entry system was added to the list of optional equipment, which also included such features as air conditioning, power windows, power door locks, and cruise control. In addition, a driver's side airbag was added to the equipment list in mid-year.
As in previous years, the MPV was available in both two-wheel and four-wheel drive versions. The two-wheel-drive MPV came with a 121-horsepower, 2.6-liter four-cylinder engine, while the four-wheel-drive model was equipped with a 155-horsepower, 3.0-liter V6. A four-speed automatic transmission was standard for both models.
Standard equipment for the MPV included bucket seats, power brakes, power steering, a tilt steering wheel, power exterior mirrors, and rear-wheel anti-lock brakes.
While drivers noted that the MPV was roomy, reliable, and handled well, some complained that the vehicle could be noisy, and that some MPVs needed frequent repairs.

Corey I'm looking for this

Have you driven a 1993 Mazda MPV?
Rank This Car

how do you remove rear wheel bearings?

It started when I had a heavy trailer and put the MPV in park while I was on a slope. The car got jammed into Park and I had to disconnect the linkage to get the MPV to move. After that the MPV wo...

What would make my 1993 Mazda mpv van lose power,and it's making all kinds of noises that sounds like everything in the engine is ticking and it's not wanting to stay running

engine overheated cause of broken fanbelt . now when i fill the raiditor the water runs out of the back of the engine below exhaust crossover and above the transmission.