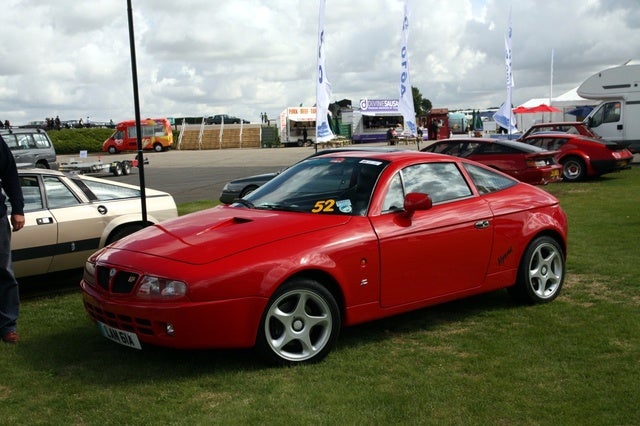 Have you driven a 1993 Lancia Delta?
Rank This Car

My Lancia is one of the best cars i've driven. For it's age, it's still a very good car. Of course, if you compare it to the newer models, it won't be able to fully compete, but compared to it's true ... Read More

I've never been in such a nice place as in this delta. The leader with alcantara Recaro sport seats are magnificent. I've droven the 1.9 td version with intercooler and the HPE kit. At has only 90bhp,... Read More

this car is fun to drive in city condiction.The acceleration is good not like sport cars under 5 sec but for 103 BHP is aroun 8sec it's very handling car the breakes are strong.The parts for the ca... Read More

I had my mind made up well before I bought the car. I made a wide research on Italian cars overall, still this one was the best I could have. Still real sporty, as well as being way more luxurious tha... Read More

Hf Is A Good Nickname But Hpe Is Not A Bad One Too ;) By Carlos

The first Delta is the famous one, with thoses HF and Integrales. But this second has exclusivity also, specially this HPE (3 doors). The gold wheels were a customization of the previous owner, but t... Read More

My First Car By Kestas

to tell u the truth, it aint a good car, its like a bucket with 4 wheels, 66KW in stock, the parts aint cheap n not easy to get, a slow car if u ask me, but its a good one if u are a newbie behind the... Read More

A Nice Car To Impress The Lady, If You Only Have 1 Euro... By Carlos

Refined and comfortable, this Delta has nothing to do with the old HF models... It's 1.6 liter engine doesn't provide enough power to every situation and it wastes too much gasoline. However, it's ni... Read More

Great car... quiet when you want to, and will keep up with an M5 on the motorway, and pull away from a 360 on country roads.. Car won the WRC 6 times consecutively, until the class was stopped. Poor M... Read More

Short and simple - one of the best cars ever made. There are faster cars, there are newer cars, there are more reliable cars but there is no car like Integrale when comes to carisma, class and style... Read More

A Top Ten In Motoring Nirvana By Simon

The Integrale in all it's guises is quite simply one of the most capable, emotional, and stimulating cars ever built... it maybe fragile (read VERY) but love it well and it'll make you smile forever. ... Read More