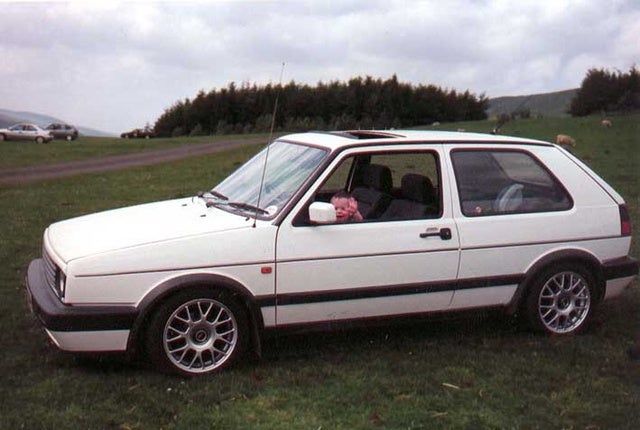 The Volkswagen GTI, which was based on the popular Golf hatchback, received very few and very minor upgrades for 1992. It was still available in two versions -- the base GTI sports package, and the GTI 16V sports package with a more powerful engine.

About the only noticeable upgrade was the fact that the radio on both models turned off with the ignition key, so drivers no longer had to turn it off using a control knob on the radio itself.

The base GTI came with a 1.8-liter inline 4-cylinder powerplant that generated 100 horsepower, while the GTI 16V trim package dropped in a 2.0-liter double-overhead-cam 4-cylinder engine and goosed horsepower up to 134. Both versions of the GTI came with a five-speed manual overdrive transmission as standard equipment; an automatic transmission was available as an option.

The GTI got positive marks from drivers for its high-powered performance, its handling, its comfort, and its European styling. The Recaro seats and interior were noted as being particularly comfortable. On the negative side, drivers noted that repairs, when needed, could be expensive, and some specifically pointed out problems with the car's electical system.

What's your take on the 1992 Volkswagen Golf GTI?

Have you driven a 1992 Volkswagen Golf GTI?
Rank This Car

How To Set Timing

how do I set the timing