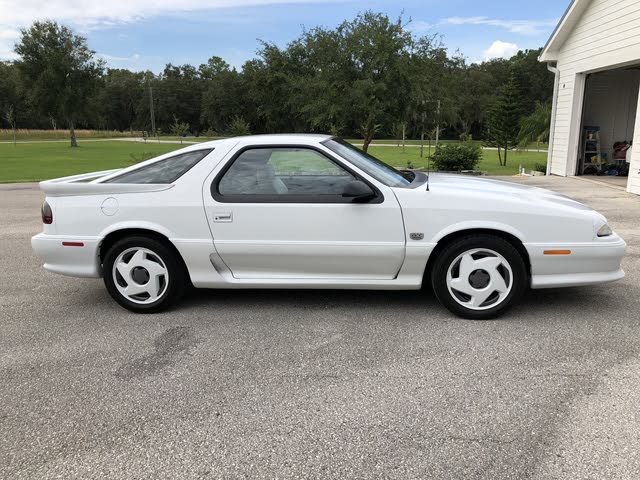 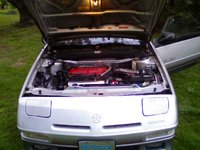 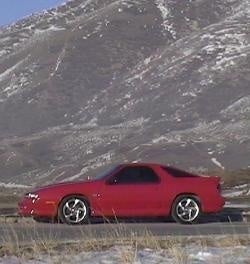 If you're going to call yourself Daytona, you'd better be fast. Have no fear, the Daytona lives up to its name. In 1992, in addition to the base, ES, and IROC trims, mid-year Dodge introduced the IROC R/T, a performance Daytona housing an incredible 2.2-liter, 244-hp, Turbo III engine. This rocket of a car claimed to pack the most horsepower per cubic inch of engine than any Chrysler ever in the annals of car history. Less than 300 were manufactured, however, so this is an extremely rare find.

In 1992, the plain old IROC came standard with the 3.0, 141-hp V6 (not too shabby itself) with an optional 2.5, 152-hp High Torque turbo engine. Base models came equipped with the regular 2.5-liter, 100-horsepower. All models came standard with a 5-speed manual transmission, with optional 3 or 4-speed automatic (the IROC R/T was only available with manual transmission).

The 1992 Dodge Daytona had some body updates, including a new grille and front and rear fascias. Its pop-up headlights were replaced by exposed wraparounds, while the taillights extended the full width of the car.

Along with its incredible power and tuning capabilities, the interior of the 1992 Daytona is roomy and well laid out, except for the back seat, which is virtually non-existent. Great suspension and steering provide a smooth ride in the Daytona, even at high speeds. Electrical problems are mentioned by owners, as is the lack of parts due to the Daytona's demise after 1993 in response to falling sales.

GuruTPZ63 Five overhead cams replaced in three years. 2.2 engine not made to accept a turbo.

GuruTPZ63 Dodge supplied the 92 Daytona with a standard 2.2 engine that was the workhorse for most of their fleet. All they did was add a turbo, no other modifications were made. When I first took delivery of my Daytona the engine died after 20 miles. The dealer said the car was shipped without oil. He talked me into having the engine replaced. That was one of the biggest mistakes I ever made. In the next year the car was back to the dealer at least 10 times. Three times the overhead cam had to be replaced because of the turbo. I hope this is not the car you are thinking of buying.

GuruTPZ63 Head gaskets were also a problem, time the gasket would blow the forth time they had to use wire between two gaskets to solve the problem. After reading all of this do you still want to buy this car?

Have you driven a 1992 Dodge Daytona?
Rank This Car

my turn signal switch does not work it is the type on the instrument cluster.know where i can get replacment or how to install a different type of switch

The Rubber Around The Gearshift Lever I Gone On My 1992 Dodge Daytona Es. I...

The rubber around the gearshift lever is gone on my 1992 dodge Daytona es. I wish to replace it but don't know what it is called. I looked on the internet and saw where they sold gear shift boots. Is ...

Is This Car Able To Come With Automatic Or Manual Transmission?

I am looking foa a !992 Dodge Datona Red in color with a manual transmission i have one right now that is automatic, but i really want a manual, if anyone could help me please do.

does not get enough heat to inside of a car