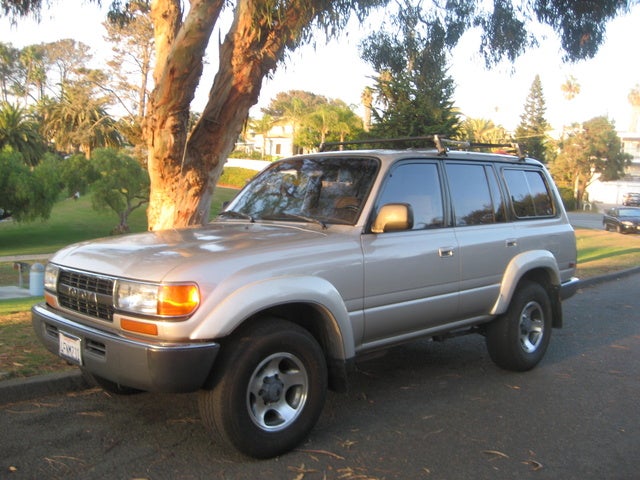 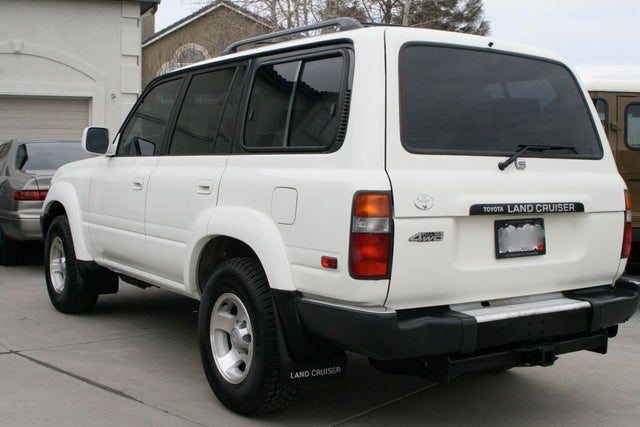 The 1991 Land Cruiser saw a number of changes. This was the year it started to morph into the luxurious vehicle the Land Cruiser is today. Toyota offered more features, full-time four-wheel drive, and an optional third-row seat, which increased the seating capacity from five to eight. The Land Cruiser also grew larger, although the engine remained the same. The exterior also got subtle design changes, with flared fenders and a more modern, but still boxy, shape.

The 1991 Land Cruiser came in one trim level, a four-wheel-drive four-door SUV. The engine was a 4.0-liter, 155 horsepower six-cylinder. The only available transmission was a four-speed automatic. Fuel economy was pretty poor, at 12/14 mpg.

Drivers of the 1991 Land Cruiser love the SUV for its reliability. They like that the car is just as useful for grocery shopping as it is for off-road exploring. With typical Toyota longevity, many drivers say they have put hundreds of thousands of miles on their Land Cruisers with few trips to the shop. Most drivers do complain that the Land Cruiser is woefully underpowered and eats up gas very quickly.

What's your take on the 1991 Toyota Land Cruiser?

Have you driven a 1991 Toyota Land Cruiser?
Rank This Car

I Have Sold My Car. How Do I Close Out My Listing.

Changed fuel filter and now cannot get it to run

The Landcruiser I just bought failed the CA smog test today for several reasons. Although the emissions were ok, it failed because of old gas cap, no "check engine" light, and no way to check the timi...

I'm buying a 91 landcruiser fj80 as my first car, getting it from a buddy. It had 225 miles on it and I was wondering if I should look out for and how much longer it should last? Thx will