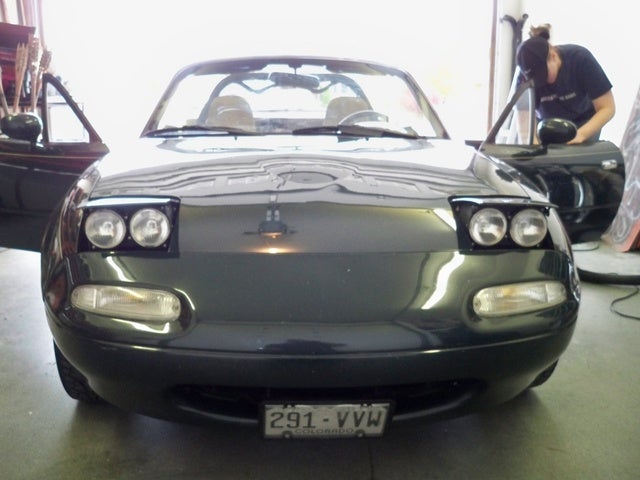 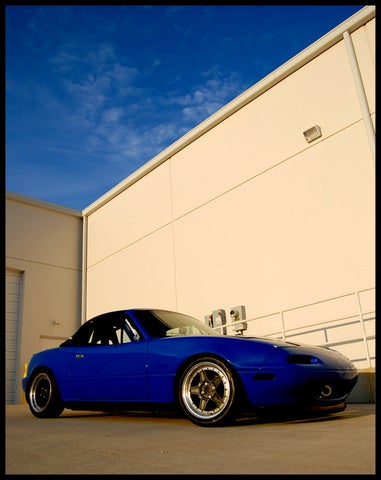 For its second year of production, the Mazda MX-5 Miata was virtually unchanged from the previous year. It was still available only in a Base model, with green added to the exterior option colors of red, white, and blue. In addition, anti-lock brakes were added to the list of options.
The MX-5 Miata was powered by a 116-horsepower, 1.6-liter, double-overhead-cam four-cylinder engine with multi-port electronic fuel injection. A five-speed manual transmission was standard, while a four-speed automatic was optional.
The standard convertible top for the MX-5 Miata was a manually operated soft folding top. A removable hardtop with a glass rear window was also available. Other standard equipment for the MX-5 Miata included bucket seats, power brakes, four-wheel double-wishbone suspension, retractable halogen headlights, a driver's-side airbag, a three-spoke steering wheel, and 14-inch wheels.
In addition to anti-lock brakes, optional equipment included air conditioning, power windows, cruise control, aluminum alloy wheels, and a rear spoiler.
The MX-5 Miata was a fun car to drive, thanks to its good balance and responsive handling, according to drivers. They also cited its reliability, durability, and economy as positive points. On the negative side, the interior could be cramped and trunk space was limited, drivers noted.

How Do I Install A 1991 Mazda Miata Left Vent Window?

I have the replacement vent window (driver side), but no instructions as to how to install it. Any suggestions? Thanks!

How Long Do Mazda Miatas Last

How To Ship From Private Seller

How does car gurus support shipping of a car from seller to buyer? Thanks.

The gear shift is stuck in park. How do I get it out?

I'm working on steampunking the interior of my miata. I'd like a ship's wheel instead of a steering wheel. Any ideas on where I could have one made or what kind of parts I would need to create som...