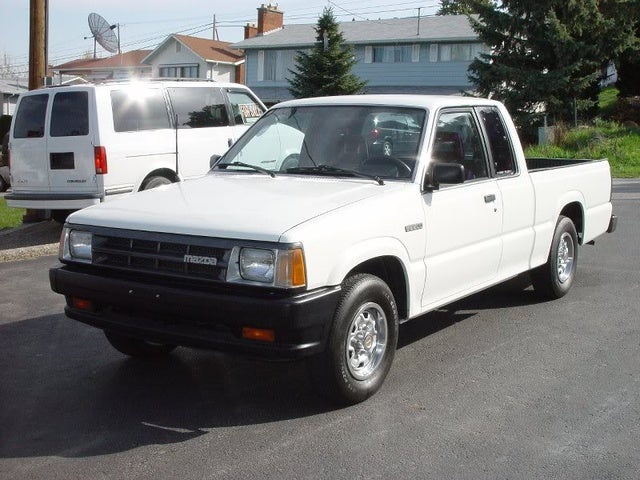 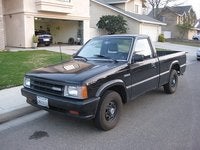 The Mazda B-Series pickups received only minor upgrades for 1991. Models were divided into either standard (or short) cab and extended (or cab plus) versions. Both standard and extended cab models were available with either two-wheel or four-wheel drive. For 1991, a new grille was added to the front-wheel-drive B-Series trucks, and headrests were added to the standard-cab models.

Standard features for the B-Series included vinyl seats, power brakes, and anti-lock brakes on the rear wheels. Air conditioning and a cassette player were among the few options.

Despite the lack of amenities, the B-Series pickups were comfortable and reliable, according to drivers. In addition, the trucks were well-built, requiring few repairs other than standard maintenance.

Have you driven a 1991 Mazda B-Series?
Rank This Car

How Do I Tighten The Power Steering Belt On My 1991 Mazda Pickup?

I've loosened the tensioner screw but the pulley does not move.

the 4x4 wont engage, its stuck up in the snow, the 4x4 lights come on , but the back wheels spin , so i know its not working, Any suggestions??

I have a B2200 with a 5 speed transmission. There is no mention of it in any reviews I can find. Seems to be the standard 85hp engine. The odometer is just rolling to 130,000 miles and still running s...

Runs okay upto about 40 mph then it cuts out. What's going on? Thanks

Hi, I have a Mazda 4x4 b2600 that has 10 years without working, it has an engine problem, so I would like to so the whole engine and my question is on how much would I pay to fix the engine, Thank...