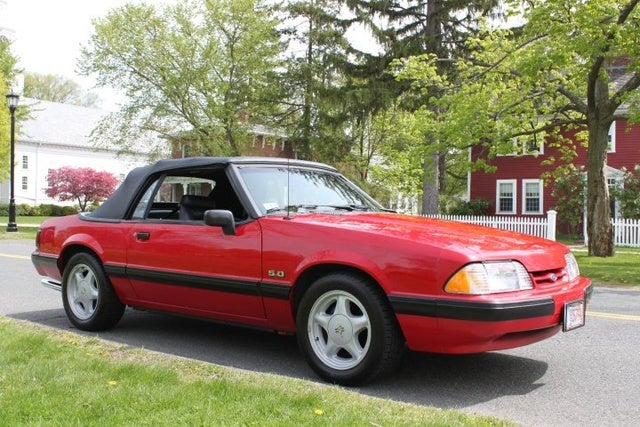 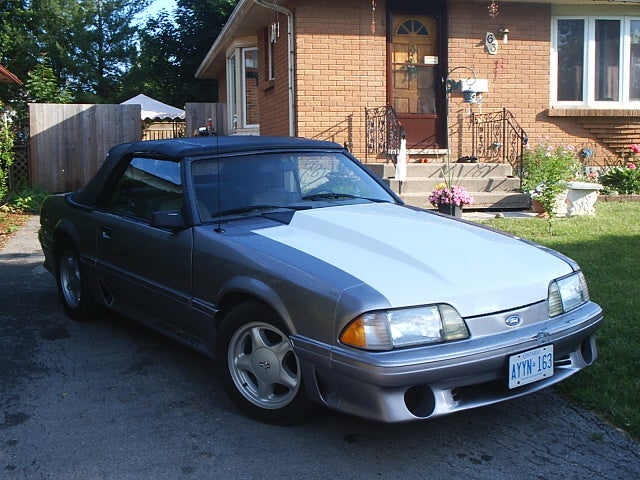 The 1991 Mustang LX 5.0 (302) coupe was Ford code P41E and was referred to as a "sedan". This sedan is often called a coupe, notchback, or just plain notch and was available with either an automatic transmission (AOD) or the T-5 5 speed manual transmission.

A few of these 5.0 sedans were special ordered by law enforcement agencies or police departments and are referred to as "SSP". There were 2 special buck tags located near the cars radiator support that signified that the car was a SSP. These cars used the standard 225 hp 5.0 (302) engines as found in the LX 5.0 or GT cars but they had several modification including handling packages, reinforced flooring, cooling, braking, and electrical components that lent themselves to heavy duty highway cruising and police pursuit work. There were only 385 of these special ordered sedans built, so in respect, they are quite scarce.

The sedan or coupe was the lightest of all Mustang models produced in 1991 and both the SSP and regular production 5.0's are sought after by enthusiasts and collectors.

Many of these cars are still found on the drag strips or on the street. A lot of these sedans were base platforms for highly modified street or drag cars and to find a totally stock one is now getting pretty difficult.

A little trivia. The most popular color (production wise) for the sedan in 1991 was Oxford White followed by Bright Red.

Have you driven a 1991 Ford Mustang?
Rank This Car

Can I Sell My Car Here

Hi my 91 Mustang is giving me a headache i just received /traded it in. I put a fresh battery in it , and thought Sitting for 2 years it fired Up easy but after 30 sex hazard lights came om and ca...

Why does my car tremble at idle, it idles at about 1000rpm or a little lower, sometimes it shuts off when I go to put it into drove or reverse. Could the EGR valve be the issue???