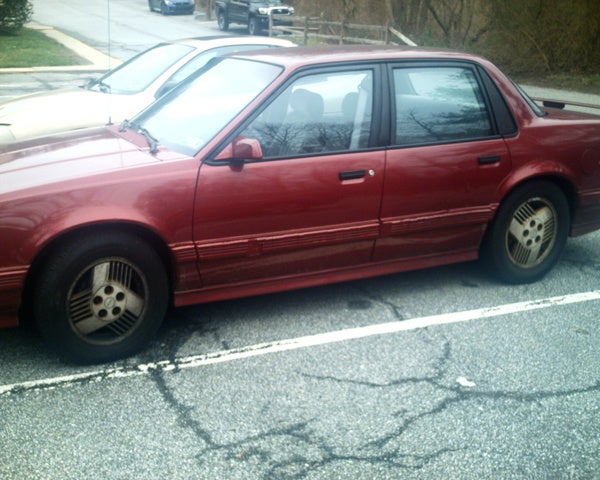 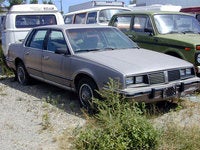 The Pontiac 6000 was no great beauty, but it had its adoring admirers due to its practicality, highway performance, terrific fuel economy, and spacious cabin. Budget-conscious families liked it just as much as first-time car buyers needing a reliable commuter car.

The 1990 6000 lost the sporty STE model. That name was transferred over to the Grand Prix. All that remained was the base LE and SE sedan and wagon. Gone too is the 2.8 V6. Standard LE engine was the 2.5-liter, 92-hp I4, though you could upgrade to the 3.1-liter, 140-hp V6 engine that came with the SE. With the demise of the STE, all-wheel drive was offered as an option on the SE in a package that included ABS brakes and an auto-leveling rear suspension. Other standard features on the SE were air conditioning, cruise control, fog lights, power locks and windows, and bucket seats.

Despite its plain exterior, owners were pleased by the speed and quick pickup of the 1990 Pontiac 6000 (with the 3.1 V6). It handled smoothly, and the all-wheel drive was great in snow. The engine is durable and will not die, and owners report feeling safe while still having fun behind the wheel. The excellent sound system is consistently pointed out. Drawbacks include the lack of options, an unexciting look, major rust problems, and a sagging headliner.

jazzygirl Still driving mine. Have had to replace injectors but other than that mostly normal wear and tear items. The exterior is shot and rusting and the headliner has been sagging for a few years but the car has been pretty good to me and I can't afford to get anything else right now. In the shop today probably for the last 2 fuel injectors.I bought brand new in 1990 and was the only regular driver of the vehicle.

What is the order that the spark plugs should go to the coil pack?

I have had problems with my car not starting sometimes, I'll turn off the car to into a store and I come out and it won't start. I can get someone to give me a jump and it starts. It seems like it's...

Start Pontiac 6000 and it quits, start it and quits, won't idol. If leave it sit for a while it will start and runs great! We drive it a couple of days and it will do it again. Help! My mechanic is pu...

Trouble Getting Car To Start