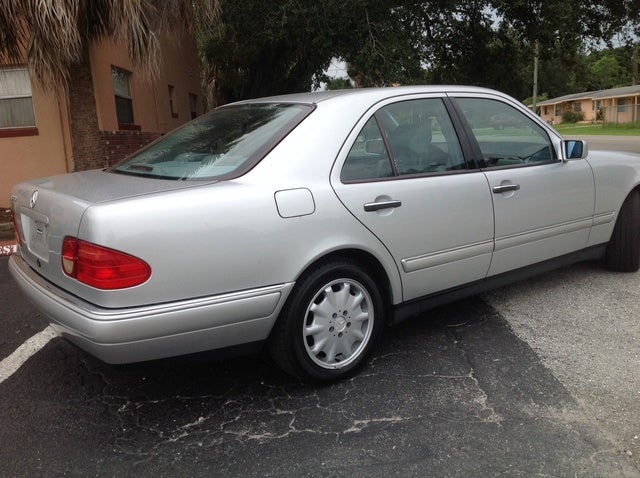 Looking for a Used 350-Class in your area?

CarGurus has 3 nationwide 350-Class listings and the tools to find you a great deal.

The 1990 Mercedes-Benz 350-Class, with its turbocharged diesel engine, continued the tradition of Mercedes diesel engines in the U.S. The turbocharged diesel was first introduced in the U.S. in 1978 with the Mercedes 300SD, and proved more efficient than standard diesels as well as more powerful at higher speeds. Generally, the acceleration with diesel engines is slower than with gas engines, but diesels get better gas mileage. They're still popular today, particularly with drivers interested in switching them over to biodiesel, a blend of traditional diesel fuel and vegetable oil.

The 1990 350-class was available in two configurations: the 350SD and the 350SDL, both sedans. Both came with a 3.5-liter, inline 6-cylinder diesel engine that generated 134 hp. A 4-speed automatic was standard for both models, as were power windows, power door locks, anti-lock brakes, and air conditioning. The SDL came with an upgraded package, including leather seats.

MERCEDES350SDL Excellent design, I own one, drove it 1,200 miles straight thru, the car is so comfortable there isn't road vibration fatigue. Excellent economy, mine yielded 32 mpg at 74 mph on cruise control on Hwy 80 East bound from Reno, Nevada to Wyoming. I also had 800 lbs of luggage in it!

Looking for a Used 350-Class in your area?

CarGurus has 3 nationwide 350-Class listings and the tools to find you a great deal.

Car Shuts Off After About 30 Minutes Or When Sits Idle

Car keeps shutting off when it idles or when it runs for about 30 minutes. I have to wait until it cools down to get it started