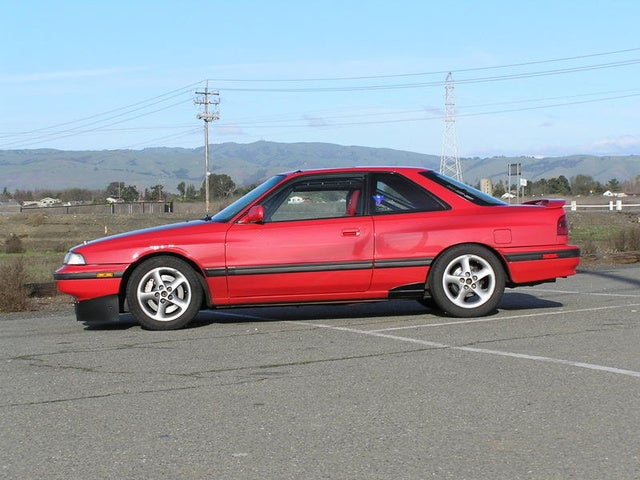 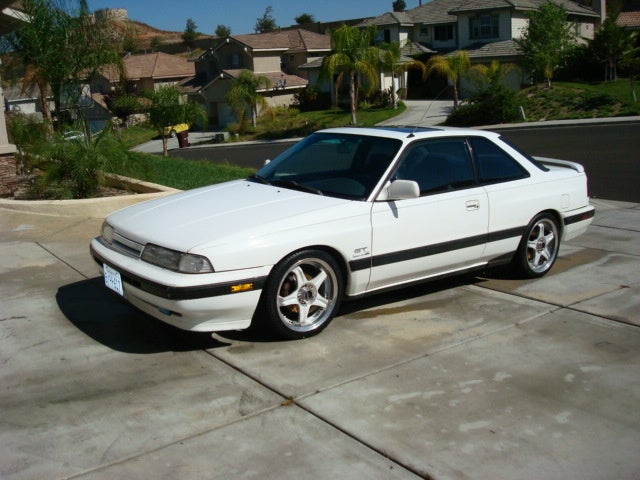 For 1990, Mazda's MX-6 sport coupe was available in four versions. The entry-level DX and mid-level LX trim packages came with a 2.2-liter inline four-cylinder engine that produced 110 horsepower. A GT trim package dropped a 145-horsepower, turbocharged version of the 2.2-liter four-cyclinder engine under the hood. In addition, a four-wheel steering version of the GT, called the Turbo 4WS, also was available.
Standard features included power brakes, power steering, a tilt steering wheel, a rear window defroster, and an AM/FM/cassette stereo system. The LX added power windows, power door locks, cruise control, and power exterior mirrors, while the GT added fog lights, alloy wheels, and a premium audio system, and the Turbo 4WS added a sunroof. Options included air conditioning and anti-lock brakes (not available on the DX).
Drivers liked the MX-6 for its durability, handling, reliability, and build quality. In fact, according to some drivers, the car was nearly indestructible. Of course, it wasn't that perfect, but it did seem to take a licking and keep in ticking.

Karin Went to a dealer and chose this over a Ford Mustang. Loved the speed and handling. The faster you went the more it hugged the ground. Had a major engine rebuild when the radiator lost all its fluid on the interstate. Never the same after that. Such a shame.