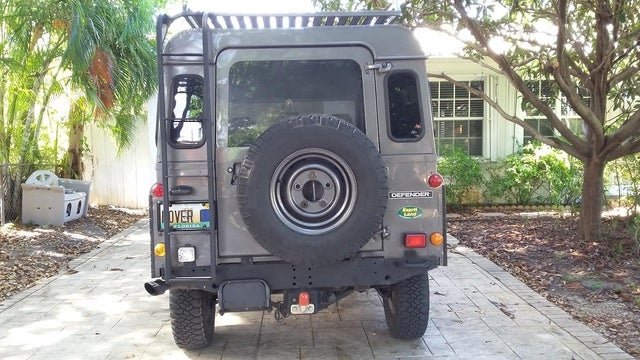 Have you driven a 1990 Land Rover Defender?
Rank This Car

Great well rounded SUV. not only does it have off-road pros but also excellent on-road. Best Land Rover in market IMO Read More

Love everything about our Defender 90 EXCEPT...... on a long road trip to south Texas last weekend, we discovered the rear does not have its own climate control. So the air that is to cool the back s... Read More

Excellent vehicle for those who want practicality, great styling, and offroad capability without sacrificing styling. This is vehicle checks all the boxes! Read More

It just has it all even the lower end model. Get 20tires Read More

Very strong car if you are in a crash in this car you are defo walking away from it afterwards. as the advert for these used to say the best 4x4xfar they are ive not come across anything as good off r... Read More

Farm vehicle. Does the job. Need a ladder to get in it. The steering wheel is so big that once I've moved the seat forward in order that I can reach the pedals - things become a bit squashed! Avoid... Read More

Have you driven a 1990 Land Rover Defender?
Rank Your Car →