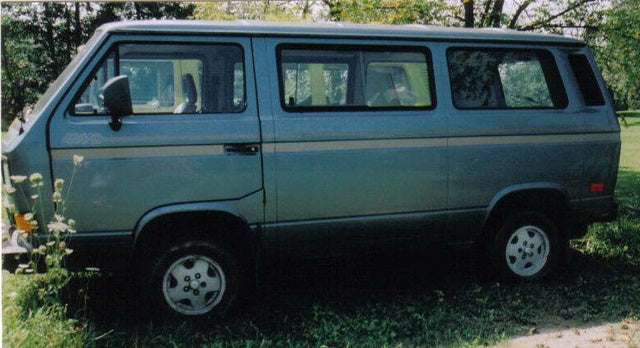 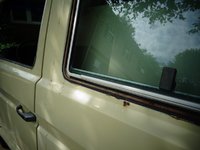 CarGurus has 21 nationwide Vanagon listings and the tools to find you a great deal.

Average user score
5 ⁄ 5 stars
Based on
by Chris — One BAD ASS van. Come on its 4wd, 4 Speed with a Super Low creeper gear 6:1 gear ratio or something like that, I cant really remember. This van will go almost any were you want it to. I have never h...
by Michael — A solidly built van with 90s looks (ok for me), handles well, easy to maintain and excellent offroad. All getting to the age of needing work now but thay have a character. The looks from other offroad... 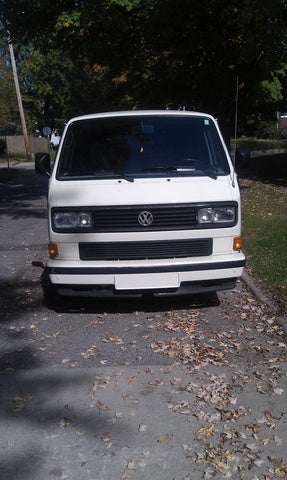 The 1989 Volkswagen Vanagon was essentially the same vehicle as the previous year's model, with the exception of a few distinguishing characteristics, such as black window molding instead of chrome and the fact that VW introduced a new trim package called the Carat. The '89 Vanagon was equipped with a water-cooled 2.1-liter four-cylinder engine that generated 90 horsepower and included a fuel-injection system called the Digifant.

In addition to the new Carat version, the Vanagon was available in a number of trim packages, including the Vanagon GL, the GL Camper, and a limited-edition GL Wolfsburg Edition.

While most drivers agree that the Vanagon was fun to drive, as well as roomy, versatile, and convenient, they also note that some vehicles needed frequent repairs, which could be expensive.

What's your take on the 1989 Volkswagen Vanagon?

Have you driven a 1989 Volkswagen Vanagon?
Rank This Car

CarGurus has 21 nationwide Vanagon listings and the tools to find you a great deal.

Sitting for years. Heat is stuck on 24/7. Windows don’t work. Infested with wasps. Flat tire. Window over stove is shattered. Sliding door only works occasionally. Is it worth restoring? Inside is...

is it possible to install the new 2008 Subaru boxer diesel 2.0 engine in to a Volksvagen Transporter Syncro from 89´

Starting Problem After T Has Been Running

Sometimes my 1989 VW vanagon obstinately refuses to start after I have filled the gas tank. I have to wait 5-10 minutes and try again 2-3 times fore its starts. Meantime, waiting customers are not ha...

122 views with 1 answer (last answer 3 years ago)
Have you driven a 1989 Volkswagen Vanagon?
Rank This Car

Overall this van is pretty reliable and easy to drive. It has good visibility and seats 7 comfortably. It is a great runaround car for kids and dogs etc. for the beach or weekend touring. Also, it has... Read More

We love or 1991 Carat. Just back from 10 days camping down the coast. Roomy enough for camping gear and biking stuff we had a blast. The van is fun to drive and works out great for a couple on the ... Read More

Like it even though it is a bit expensive to maintain-water cooled, rear engine, never needed snow tires, superior people hauler, and always got the onlookers. There are very few and far between Volks... Read More

Great Car For The Right People. By Henry

So-So Performance, Excellent Build Quality, Styling Is Fabulous for a german car, Maintenance is pricey, along with fuel because vehicle is underpowered and heavy getting not very good fuel economy. ... Read More

Fun To Drive Bus With Ac By Coronajeep

Fun to drive overall, and got decent enough mileage too! especially on trips! With plenty of room to lay down, tools, toys or luggage for a trip. Could use a console of some kind or at least cup ho... Read More

Ever Been Passed By A Vw Van On An On Ramp? By Litew8

I like it a lot! The Subaru SOHC 16V non-interference engine is bullet proof and matches up to the Vanagon 4 Spd perfectly. If you like, you can drive in 3rd gear at 70 mph. Cruising at 90 mph at sea ... Read More

Bought to be used as an occasional vehicle and it is great when used for that. We did use it as a primary vehicle for a short time and it was not ideal. Modified it a bit over time to include head-res... Read More

Great For Burning Man By huertat

It's been a real good van, just need something smaller. Kids have grown and going off to college. I just drive it back and forth to work. It's been real realiable, i know someone can have some real f... Read More

The Bird By Kelly

Love everything overall...great for camping quick get a ways, handles much better with the 15' tires & rims, Monroe gas shocks, although makes for a little rougher ride. I bought it from a VW Mechan... Read More

It's Not Just A Car ; It's A Volkswagen By VAUDImike

Vanagons are a brick in the wind yet are suprisingly driveable. the 1.9L boxer 4 is capable of keeping up with traffic at 20 - 22 mpg. build quality is endorsed by quantity of survivors. 2nd & 3rd row... Read More