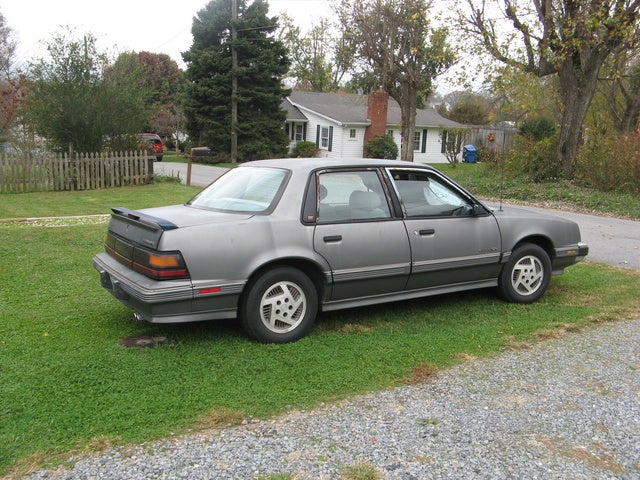 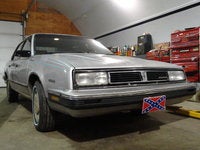 Some stylistic and trim changes greeted the 1989 Pontiac 6000. Its performance, affordability, and roomy interior were all big selling points and made it a much-loved car among its loyal owners. The 1989 6000 came in three trims -- the base LE, the sportier-looking SE, and the high-performance STE. The original base model was dropped for 1989, as was the STE AWD, now that AWD was standard on the STE. The other big change was that the coupe was no longer offered. The 1989 6000 came as either a sedan or a wagon.

Owners comment on the peppiness of the 1989 6000 engine, especially the STE, which is fast and fun to drive on the highway. Acceleration is responsive and cruising speed is relaxed and smooth. Drivers say the 6000 is great in the snow and also starting up in the winter. It is durable and dependable, and the inside is very comfortable for five, even on long trips. Complaints include a lack of cupholders in the STE and standard ABS on other trims. Turning ratio is wide, and rust tends to develop on the bottom of doors. Drivers also wish the 1989 6000 didn't look so bland and boxy. Because the STE AWD was so rare, parts are hard to find nowadays.

Did they have side airbags

Car Acts Like Its Not Getting Gas But If You Shake The Car It Start Please ...

No Power To The Fulepump

Tranmission Parts/ Trans Does Not Engage

engine does not engage , what parts do i need to fix this car which i'v had stored in my sister's parkway close to five years with no help of reviving ths car, i's getting rusted very much with no ...