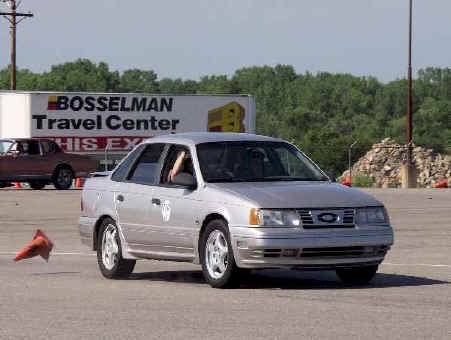 Users ranked 1989 Ford Taurus against other cars which they drove/owned. Each ranking was based on 9 categories. Here is the summary of top rankings.

Have you driven a 1989 Ford Taurus?
Rank This Car

The 2019 Ford Taurus SHO is a very unappreciative vehicle. All wheel drive, twin turbos, and fortunately the one I purchased came with an aftermarket blowout valve. It sounds great. Almost 370 HP that... Read More

We love our Taurus! Very spacious inside and stunning exterior-stands out from other models. Read More

Best driving sedan Ive ever owned. The Limited Taurus comes with just about every feature you could want. Read More

Great exterior and features but feel cramped inside and touch screen controls are very awkward and even dangerous to use while driving. Read More

Love it. Bought it. Tons of features. Lincoln features at a Ford price. SHO is a super nice luxury sports sedan. Read More

You just can’t go wrong with it. My 17yo son was involved in a server accident with a 3/4 ton truck going 47MPH (my son was going 55MPH) hitting my 13 Taurus on the front driver front corner. My son ... Read More

This car was exactly what I was looking for in this situation. The hail damage was nearly invisible and it was a great value for the mileage on the vehicle. Read More

I love Ford Taurus its been my favorite car ! Seance 2000 Read More