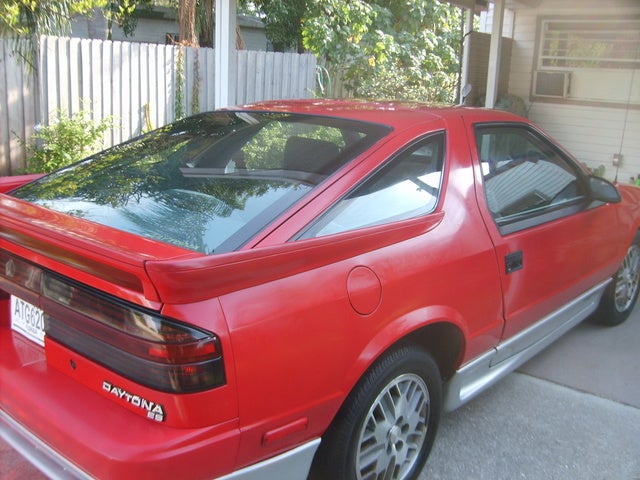 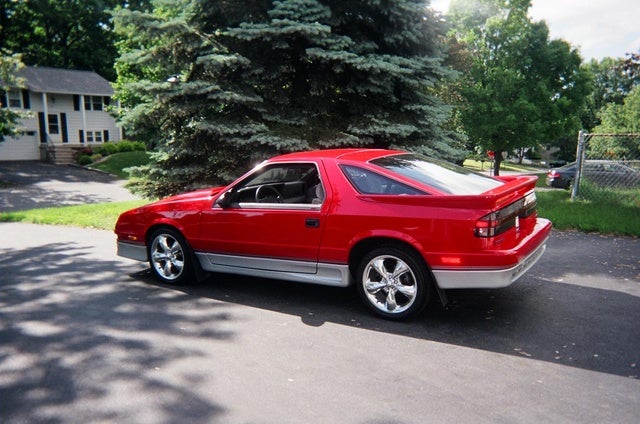 They certainly don't make them like the Dodge Daytona anymore, an economy car that has the look, style, and engine performance of sportier models. Aside from its great price, the energetic turbocharged and Shelby models helped propel this hatchback to the top of the market, and 1989 was the top sales year for the Daytona.

The Shelby Z name might be gone in 1989, but its spirit lives on in the Dodge Daytona Shelby, virtually identical to its predecessor. The Pacifica name is also gone in 1989, replaced with ES, which comes with either the 4-cylinder 2.5-liter, 100-hp or new turbo 2.5-liter that gets 150-hp. The ES Turbo gets some sportier dressing than the base Daytona, adding a rear spoiler, hood scoop, and ground effects (which some owners say scrape the pavement too easily). The Daytona Shelby still features the 2.2-liter Turbo II, 174-hp engine and performance tuning. All 1989 Daytonas come standard with a 5-speed manual or a 3-speed auto option. The two C/S sports performance packages are offered only with the lighter-weight base models.

Other new features in the 1989 Dodge Daytona include driver's side airbags. A trip computer and digital dash display are optional in the Shelby. All the Daytona hatchbacks feature bucket seats and seating for four, though most owner says the backseat is put to better use when folded down, expanding the cargo capacity.

The Daytona hatchback is geared towards the driver, with convenient controls and a roomy and comfortable front seat. Handling is responsive and tight, especially around curves. Though some feel the acceleration is labored, particularly in non-turbo models, the Daytona is satisfyingly speedy once it hits its stride. The engine is also durable and reliable, according to most owners. The sluggish automatic transmission is a waste in a car that's designed to look sporty, and other complaints mention the lack of power, poor ground clearance in the ES, and peeling paint. The heavy weight of the turbo trims can interfere with maximum sports performance as well.

Have you driven a 1989 Dodge Daytona?
Rank This Car

My Dash Keeps Shorting Out (Fuse Blows Out) When I Go Over Hard Bumps. Can ...

my digital dash keeps shorting out (Fuse Blows out) when I go over hard bumps. Can any one help me with this? 1989 Dodge Daytona Shelby

I need a module that operates the hidden headlight mechanism. I also need a switch that controls the windshield wipers. Can anyone help? I have exhausted local resources. thanks joe

My Head Lamps Work But Wount Flip Up

Rocker arms keeps coming off #1 cylinder. Reinstalled once (expensive labor) and came off again. What is the best fix? What is the least expensive fix?

W/ An Airhog Inb It Ran Awesome And No Turbo Hestation But After Awhile It...