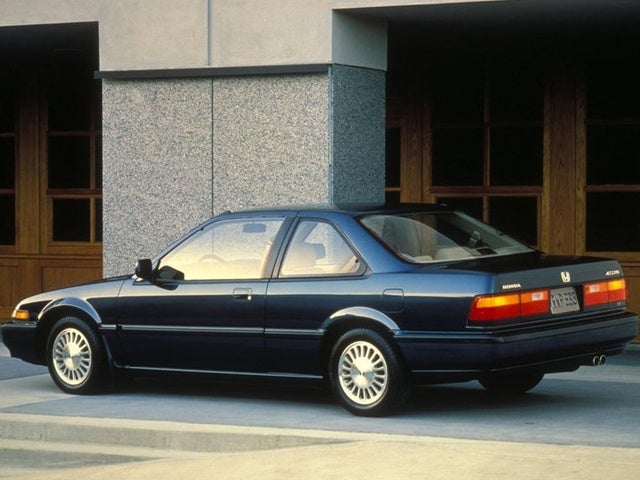 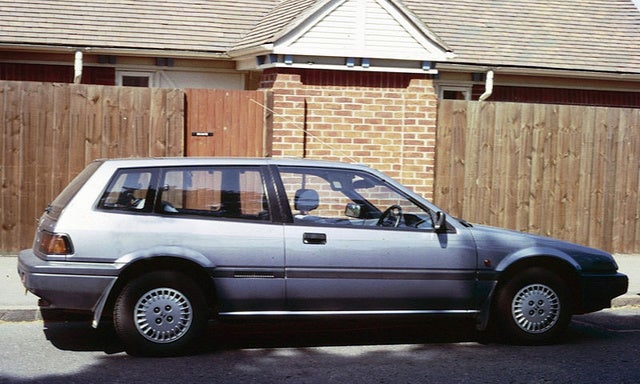 The 1988 Honda Accord lineup grew to include a coupe to please those who wanted a hatchback/sedan type car. It was a two door notchback that came in the poor person's version or totally souped up, with nothing in between. The other Accords saw a few small changes in the bumpers. signal lights, and taillights. (Well, something has to set one year apart from another, doesn't it?)

Even old and now likely abused, the '88 Accord gets about 27 mpg when combining city and highway driving, which isn't bad at all considering that when they were new they got between 30 and 34 mpg.

The Honda Accord LXi trims each had a 2 liter engine that produced 120 horsepower at 5500 rpms. This was an increase of 10 over the last year, and seemed to please most. The transmissions remained unchanged; the choices were 4-speed auto or 4- or 5-speed manual.

The biggest problems reported about the 1987 Honda Accord involved the front buckle assembly of the seat belt that some had difficult doing and undoing, and an unclear owner's manual.

More than 360,000 Accords were sold in the U.S. in 1988, yet another testament to the Honda Accord popularity and perceptions that they were terrifically dependable and practical cars.

Jeep I bought a 1988 Honda Accord dx with 91,000 miles on it , dirt cheep but besides neededing basic maintenance it started right up. A very reliable car and taken well care of my friends has 320,000 miles on it

Have you driven a 1988 Honda Accord?
Rank This Car

Cars compared to 1988 Honda Accord

202 views with 5 answers (last answer about a year ago)

I have a 1988 honda accord 1.9 that i just replaced the carburator and perform a vacuum delete on but after running it a bit i go to turn it off and it almost tries to keep running and then sputter...

When trying to start the vehicle and you put the key in and right before cranking shouldn't you hear the fuel pump and gauge if not could that be the fuel relay stopping the fuel pump from working...

My Drivers Side Seat Belt Is Broken So I Was Wondering If One Of The Other ...

1988 Honda Accord Trims For Sale