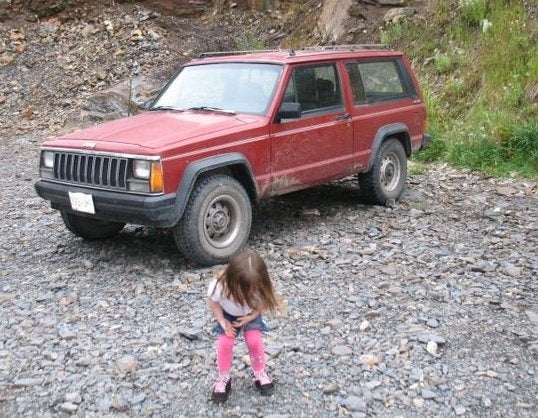 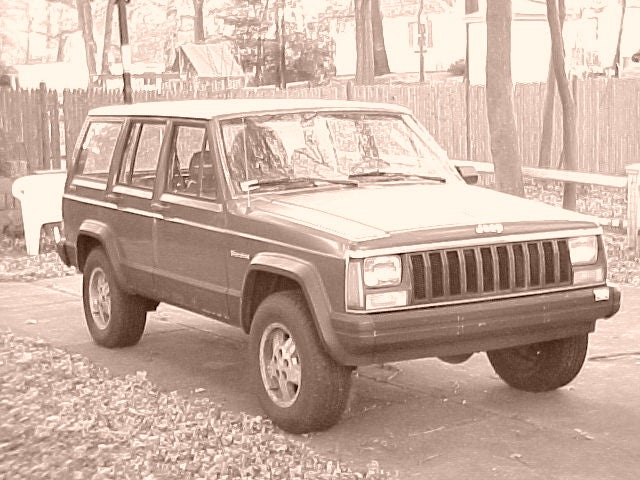 The 1987 Jeep Cherokee enjoyed solid sales in the U.S. and growing sales internationally, consolidating its position as one of the most popular compact sport utility vehicles in the world. The '87 Cherokee filled an important market niche: Its sturdy unibody construction and innovative Quadra-Link suspension made it a tough, reliable vehicle for passenger and business use.

Some of the features that had made earlier SJ-Series Cherokees so popular with the off-road set remained in the XJ-Series Cherokee. High ground clearance and rugged 4-wheel drive took the 1987 Cherokee over a variety of terrains with ease; its hefty metal construction enabled it to brave the elements and the wilderness.

Thanks to some innovation from the folks at AMC, the 1987 Cherokee had a bit more to offer under the hood. The SUV shipped off the line with a 2.5-liter AMC inline 4-cylinder, clocked at 121 horsepower; as of this model year, buyers could upgrade to a new 4.0-liter AMC fuel-injected inline 6, which put out a healthy 173 horsepower. Power and torque were back, and Cherokee drivers were thrilled!

Although General Motors acquired AMC during the 1987 model year, the core design and production supervision teams remained in place during the transition. It took a while for GM to start making its mark on the AMC models, especially the more popular ones.

UGOARKITEKTON Own 3-Jeep Cherokees: 1-'87 Laredo, 4x4, 6-cyl. in line. "Only" 335,000 miles never overhauled, Original seats & both Transmissions...Paint beginning to fade on hood - The very Best Car I ever had, after owning Lincolns for 14 years. Amazing Engines for several years there were 5 Jeep-Cherokees in my home...My Mother(82) had one, my Son & Daughter, my Wife and I all had one...but now we only have Three...!

worriedmom Can anyone tell me how much a 1987 Jeep Cherokee Laredo (body is rusted and it has a vacuum problem) is worth? My son is off in college and needs a car and he texted me to please send him money to buy this car. They are asking $1200 and I think it's way too much. It looks rusted and i'm afraid he'll end up getting stuck somewhere with what I feel is a piece of junk.

Jamie Worried mom Don't know what to say. It probably depends on what son thinks and does. If he loves fiddling with cars and is good with a wrench, it will work. If he's not, well, maybe a Toyota? A 4-Runner is lots less work. Jeep owners love or hate 'em. Buy and large, the old dogs love them, but..... they sure car be a pain in the butt. I'm a 32 year owner of an 87 Cherokee. I've been over Black Bear and Imogene how many times I dont know. Cimarron and Ophir and Engineer too. Not to mention Rollins Pass and a few others I forgot. My wife stopped gong on these trips in '96. Jeep owners, love em or hate em.

Jamie PS engine vacuum problems is a concern... I recommend he stay away unless he knows what he's into.

Have you driven a 1987 Jeep Cherokee?
Rank This Car

Headlights, Radio And Dash Flicker... Why And How To Fix

Whenever my headlights are on my dashboard lights, headlights flicker. But now every now and then my radio will completely shut off. My battery and alternator are perfectly fine. How would I fix t...

When I Turn The Key The Car Will Not Start,it Makes No Sound And Starter Wo...

I have replaced the ignition switch and relay on hot lead from the battery. No change, and the starter doesn't in gauge. The battery is brand new. I'm at loss on how to proceed. I brought a McNally re...

So I have a 1987 Jeep Cherokee four-door four- wheel-drive was just fine yesterday went outside to start it up this morning and when I put it in drive I didn’t want to go nowhere but when I put it i...

Power Windows Do Not Work

1987 AMC Jeep Cherokee power windows do not work. Where do I start?

Charges For A Few Minutes Until Warms Up A Lil

I have an 87 jeep Cherokee 6 cyl. Just replaced alt. And battery. After im driving for a few minutes it stops charging my battery. Volt gauge goes from a nice 13ish to 8. Any ideas?