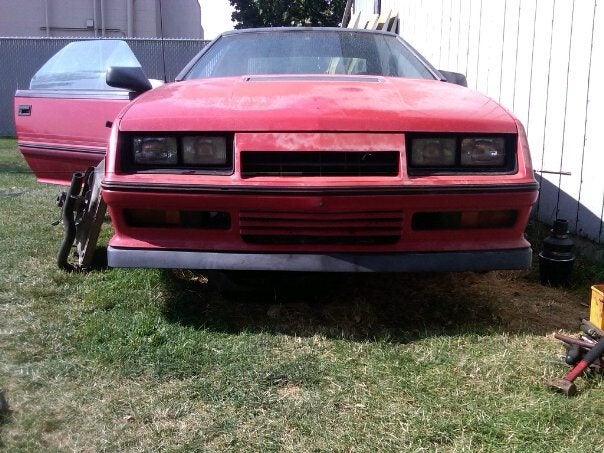 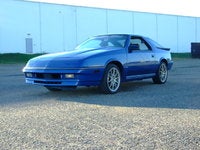 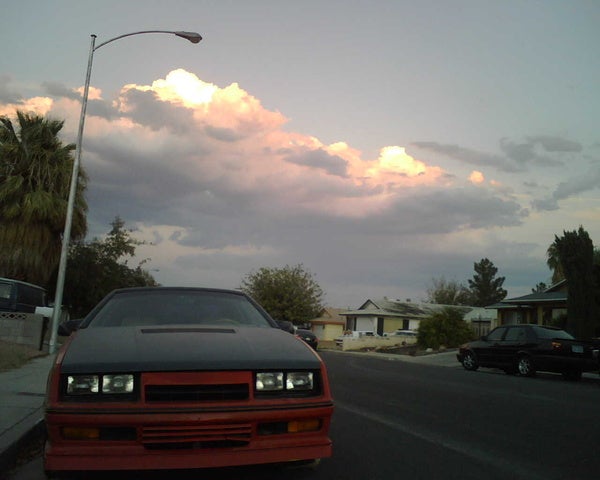 With subtle nods back to the Daytona race car, the 1986 Dodge Daytona hatchback is an impressive little street racer masquerading as a practical economy starter car. And by practical, we mean fun. In 1986, there was only the base and Turbo Z trims. While the rumbling monster turbo 2.2-liter, 146-hp engine remained unchanged, the base got a new engine, a 2.5-liter I4 that hit 100-hp. A 5-speed manual came standard, with optional 3-speed auto.

For the 1986 Daytona Turbo Z only, a special C/S Hangling Package was offered. Though he had no invovlement, the C/S stood for Carroll Shelby, and the package feaured a sports-tuned suspension, with performance struts and tires, bigger stabilizer bars in front and back, and Recaro sports seats.

The base model hatchback came standard with a radio this year, as well as a rear defogger and intermittent wipers. Power locks and windows were optional. A government required center brake light was also added to the 1986 Daytona. The Turbo Z featured racing stripes and Z badging on the taillights. Many owners bought the Turbo Z for its performance and handling, and the C/S package didn't disaapoint. The 1986 Daytona holds up well, say owners, and is also a popular car to modify.

luisvette89 Looking for driver,s side door weatherstrip for a 1986 Dodge Daytona Turbo Z w/T-tops. Please e-mail me at luisvette89@yahoo.com if you are selling a set or just the side I need. Car recently repainted and body shop rip old one in two pieces in error.

mismuhshelby I owned the 1986 Shelby Daytona with the CS package; decent performance and price plus a very useful everyday vehicle due to the hatchback. Unfortunately, Chrysler tried to be a bit too clever with upgrading it's K-Car components. The manual shifter linkage was attached to the transmission with a spring clip which would break and fall off at inopportune moments leaving me stranded and waiting for a tow truck. During the eight years I owned the car, the clip problem was never fixed by Chrysler. A real shame, as I really liked the car and thought it was far better than my previous car- a third gen Ford Mustang. Haven't purchased a Chrysler or Ford product since.

Have you driven a 1986 Dodge Daytona?
Rank This Car

1986 OR 87' DODGE DAYTONA,. AUTOMATIC,. ELECTRIC WINDOWS AND LOCKS, 2 DOOR,. HATCH BACK W/ REAR WINDOW, BLACL EXTERIOR BLACK INTERIOR,. RED LIGHTING FOR DISPLAYS ON DASH BOARD,. SHOWED WHEN AND WHICH ...

I'm stumped..noone seems to be able to tell me what's goin on with it..even the garages..they get pissed and tell me to come get it..its drivin me crazy.

i HAVE A 1986 TURBO z WITH A BAD TRANS AND CAN'T FIND A good rebuilt or remanufactured trans axel any where and nobody rebuldes them in my area any sugestions . Has any body put in a V8 in on of the...

Where Is The Fuel Pump Relay On My '86 Base Model Dodge Daytona?

My buddy and I believe that the relay switch on my '86 dodge daytona is bad, but we cant find it. I also cannot find a chilton manual specific enough to address this question. Any help?