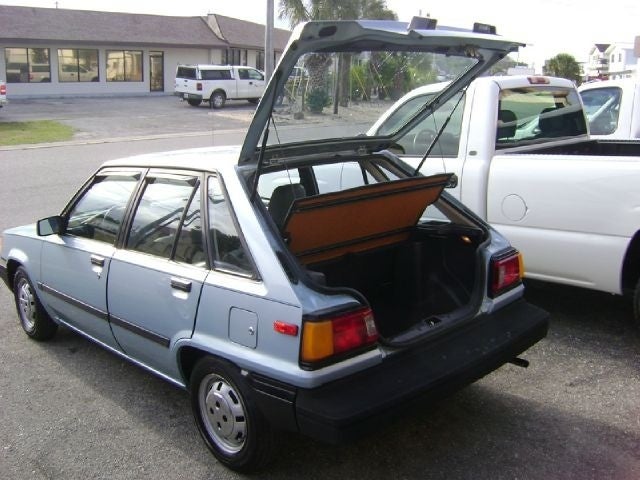 Have you driven a 1985 Toyota Tercel?
Rank This Car

The Toyota Tercel is a reminder of how I met my significant other. When I assumed title from her, I knew my swingin single days were over. And once I had to add a babyseat in it, I went from "lady k... Read More

I do like my tercel alot. I bought it in April with 203k on it. Since then, i had to replace the deck, speakers, tires, brake master cylinder, brake pads, calipers, fluid, and rotors. It is probably b... Read More