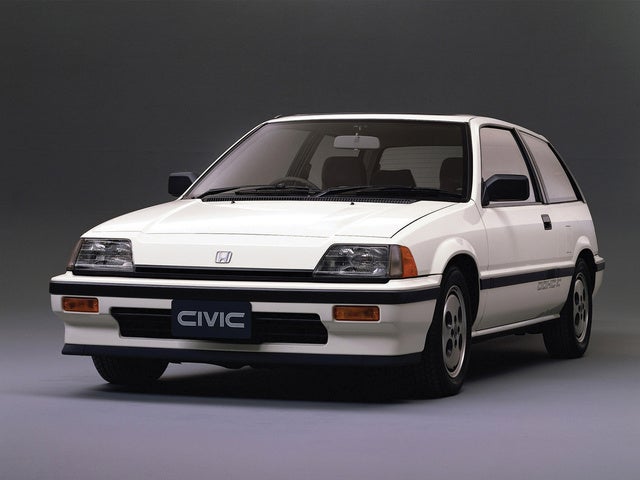 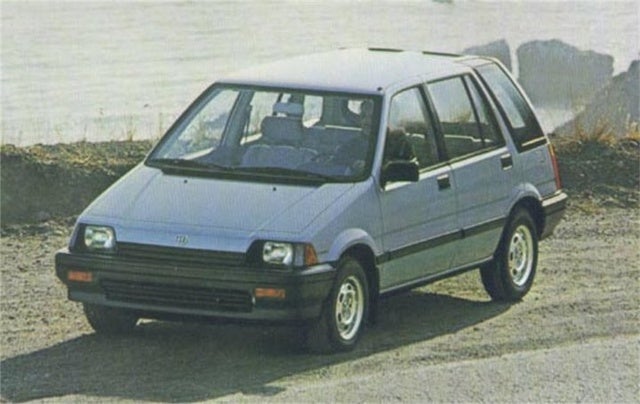 This review, written in the summer of 2006, looks at a 21 year old car — the 1985 Honda Civic — many of which are still on the road. Their drivers often have a love hate relationship with their Civics, but as even they note, what other make is still around and driving 20-plus years later?

All the '85 Civics remained unchanged except for enhancements to the CRX models and a late-in-the-year change to the wagon, now offering it as a 4WD with 6-speed manual transmission.

Naturally, the CRXs were receiving most of the public's attention, given their sporty look and performance. Maybe that's why Honda added the changes that gave the CRX Si a 1.5 liter fuel-injected engine with (for Honda) an awesome 91 hp. A sunroof became standard; so too did sport seats. The CRX HF for high fuel economy had the 1.5 litre engine, too, but its 8 valves gave it better acceleration in city driving, but only 58 hp. But, given that it achieved more than 50 mpg, who cares about the hp?

Complaints for the other '85 Civics are that they are noisy and bumpy and that the 60 hp makes it a tad difficult to pass other cars. But at least one owner of an original '86 Civic Si said it was a really fast car with "gobs of go."

Have you driven a 1985 Honda Civic?
Rank This Car

My bf recently bought an '85 Civic 4 door, automatic transmission with 51,000 miles. However, it sat in the harsh Texas weather undriven, unmaintained for 4 years. The tires were bad, the fan...

What Does "2 Valves In Your Head Have Gone" Mean?

I've got an 85 Honda Civic that lost power and stopped. The engine would kick over but not start. The mechanic said it wouldn't keep pressure as 2 valves have gone. Is it a head gasket problem in the ...

Want to know what the value is on a 1985 Honda Civic? Kelley Blue Book doesnt go back that far. Also it needs a ball joint on driver side,which the other side should be replaced as well correct?

So my car has been sputtering when I give it gas like its not running all cylinders drove it like that for a week then I went to the store one day and it would turn over but not start its getting ga...

Hi! My husband and I have an ongoing dispute about the FreeCreditReport.com commercial. You know, the one with the "subcompact" car in it. I say it is a Geo Metro in the ad, but my husband says it is ...