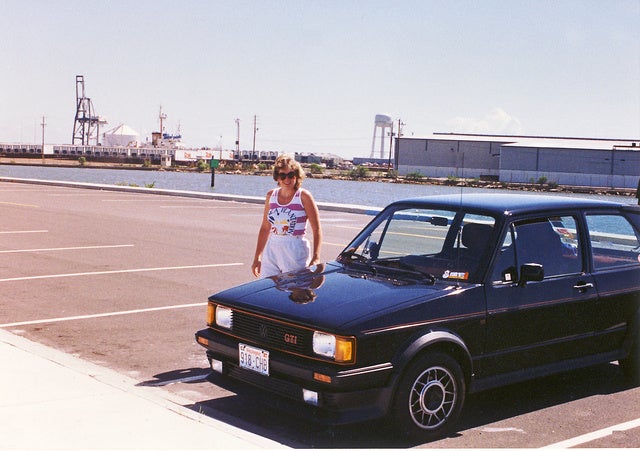 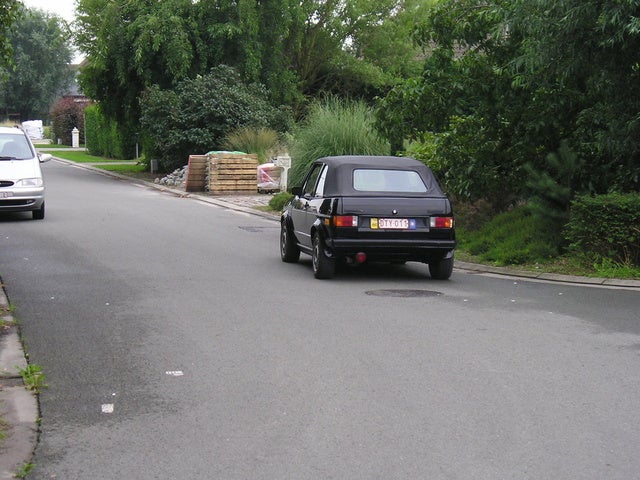 Now you see it, now you don't...and now you see it again. That could describe the Rabbit's history in the U.S. When it was introduced worldwide in the mid 1970s, the hatchback vehicle known in the U.S. as the VW Rabbit was known as the VW Golf throughout much of the rest of the world. But when the Rabbit/Golf was redesigned in 1985, the Rabbit name was dropped, and the vehicle was renamed the Golf when it showed up in U.S. showrooms. So 1984 would be the last year for the Rabbit...until, of course, it made its return in 2006, when the Golf named was dropped and the Rabbit name resurrected (in an effort to recapture some of that old Rabbit mystique, no doubt).

In anticipation of those mid-'80s changes, the 1984 Volkswagen Rabbit was essentially the same vehicle as the previous year's model. The standard powerplant was a four-cylinder, 1.7-liter single-overhead-cam gas engine that generated 74 horsepower. A 52-horsepower, 1.6-liter diesel engine was also available as an option.

In addition, the Rabbit was available in a sporty GTI package, which was spun off by VW into its own model lineup. The GTI came with a 1.8-liter, fuel-injected four-cylinder engine, which was rated at 90 horsepower.

The '84 Rabbit came in both two-door and four-door hatchback versions. A Rabbit pickup and a Rabbit convertible (later redubbed the Cabriolet) were also available.

The Rabbit's durability is often singled out by drivers for praise, as the hatchbacked vehicles tended to run until their odometers were well into six figures. The Rabbit was not without its problems, but drivers remained loyal because the vehicle was considered to be fast, fuel efficient, and fun to drive.

What's your take on the 1984 Volkswagen Rabbit?

corrosivejoe love my rabbits. currently have '81 diesel. I once did a safety on a gti (not sure the year), however it had plastic rudders one the front fenders, scopes on the cowl vents, and other very O.E. looking plastic aero bits????

GuruB14T8 send me your mail id to this mail id sunilselvan12@gmail.com i need this car is it for sale

Lara I'm not sure how this works...but I'm interested in purchasing an 80's VW Rabbit convertible. I live near Tampa Florida and my email address is lovinglifewithtwins@yahoo.com if anyone knows someone who is selling. Thank you, - Lara

Have you driven a 1984 Volkswagen Rabbit?
Rank This Car

i just bought this car. body is great, and no other problems except that when the fuel tank is filled it runs good, but after i use up around 3 gallons, whenever i take a right hand turn, going over 3...

1984 VW GTI Dying When Not Accelerating?

Hey there, My 84 Rabbit GTI is having an interesting problem. When the car seems to have warmed up, the engine cuts off when I take my foot off the gas. For example, braking and coming up to a stop...

I Have A 1984 VW That The Alternator Is Not Charging The Battery. I Had The...

Hey, Im currently in the process of purchasing an 84 Rabbit Convertible, and I had a Few Questions, will the Grille and Bumpers from a 1990 Cabriolet fit the vehicle, and i also have an old 05 Audi ...

i want to change the valve cover gasket on my 1984 vw rabbit convertable basic, i can,t find out why the cover won,t come off, even though i removed the bolts , i understand that the cover for the ti...