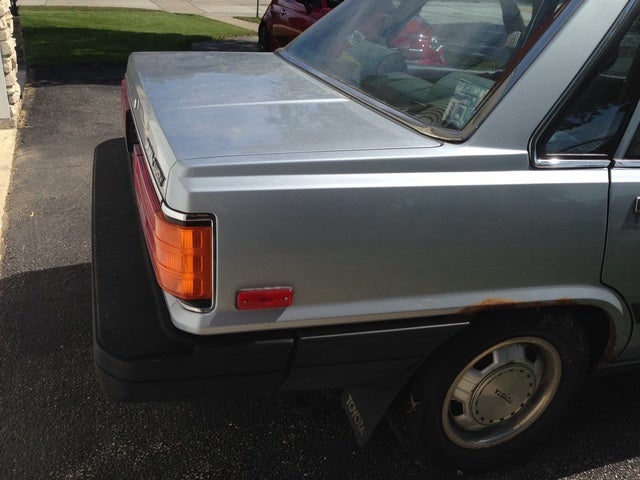 Average user score
4.8 ⁄ 5 stars
Based on 5 reviews
My Car by cyneath — I have had the camry for 16 years next week, have had some minor problems with it, but has generally been reliable. I wore the suspension out on it early driving off road with friends (not the smartes... Read more
I Love It by Jacob — I was so completely in love with this car and still am. The performance was slow and handled "like a boat" (I'm convinced their designers spent serious effort to make it handle that much like a boa... Read more
An Ugly But Reliable Car by Christopher — I seriously drove this car without oil for a week, and it didn't hurt it. I also jumped a few curbs, played car hockey (don't ask) and hit a few things with it. The car was unbreakable. I finally trad... Read more 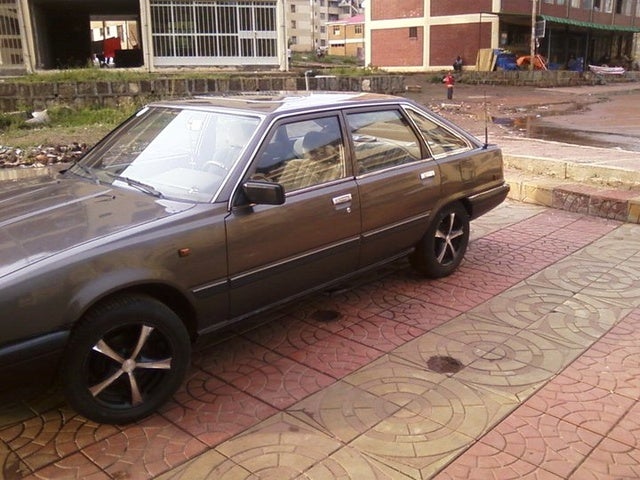 Toyota introduced the Camry as an independent name to the US market in 1982 for the 1983 model year. The 1984 Camry saw no changes from the previous year, as 1984 was the first full year the car was on the market. It was typical of Japanese imports of the time: small and boxy, but sturdy. It was available as a four-door sedan or a five-door hatchback.

The Camry quickly became a strong seller, almost immediately giving its longtime rival, the Honda Accord, some stiff competition.

Jennyjo2325175 My mother purchased the LE version back in 1984, her first BRAND NEW CAR after years of driving rattle-trap VWs. Beautiful car! 700 miles into ownership, the engine blew up. After getting it towed back to the dealership, someone realized that the car had been shipped from the factory minus the oil cap, and no one noticed this. Thank god this was back in the days of REAL CUSTOMER SERVICE. Toyota immediately replaced my mother's car and sent her on her merry way. Three years later in 1987, I was finally old enough to drive the car. Had a lot of good times driving that Camry. My mother sold it (can't remember what the mileage was) in 1994 and bought herself a brand new Acura Integra after that. That Camry will forever hold fond memories for me. Here we are in 2021. I've been a Honda owner since 1998, but my next purchase may very well be a Camry. Here's to hoping Toyota brings back the champagne-gold color for days gone by.

Have you driven a 1984 Toyota Camry?
Rank This Car

Is There A Fuel Cut Off Switch On The 84 Camry?

can't get fuel to motor, no electrity to fuel pump, is there a cut off switch?

I own a 1984 Toyota Camry sedan manual transmission car. I was wanting to put a bigger engine in and do not know where to begin looking. First time

Crank no start on a 1984 Toyota Camry . the fuel pump dosnt seem to be coming on

Car Cant Move When I Step On The Gas Pedal

Is There A Turbo Diesel Version For This Car

i need to know as much info about this car. are there anty aftermarket turbo kits for thiscar.