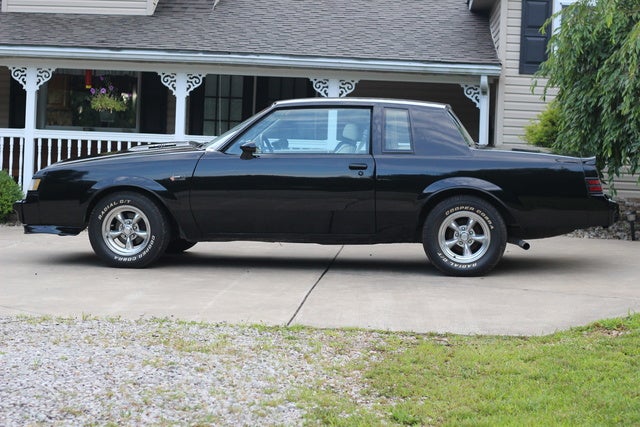 Have you driven a 1984 Buick Grand National?
Rank This Car

Love This Car. Simple Mods Make It Fast By John

Always wanted one. Love the 80s G body cars. Car rides beautiful and very comfortable . The GN is become a real cult classic and values are going up. Don't car though since I'm not selling it. Drive ... Read More

The Bees Knees By Xmotorsport

In their day, Grand Nationals terrorized tracks from Epping to Englishtown, Pomona to Portland and everywhere in between. Buick delivered 20,193 Grand Nationals in 1987. The Buick was faster than almo... Read More

Wouldnt Be Without It! By Joe

This is one awesome car to drive. Hit the acceleratorand listen to the sound of the turbo kick in. I t sends chills up my spine. next thing you realize is your going 30 over the speed limit. With th... Read More

Black and unassuming - except for those who know what they are. Grocery getter to jet takeoff in 3 seconds. Fit a full load of people in and in style - the cars are loaded with all the conveniences ... Read More

Bought this GN in september of 07. Had quite a few problems with it initially, but have weeded most of them out. Read More

Gas quality is what you would expect of a engine of its stature. It's very fun to drive, really beefy sounding. Handles very good especially for a car of its age. Great body and awesome paint job. The... Read More

Have you driven a 1984 Buick Grand National?
Rank Your Car →