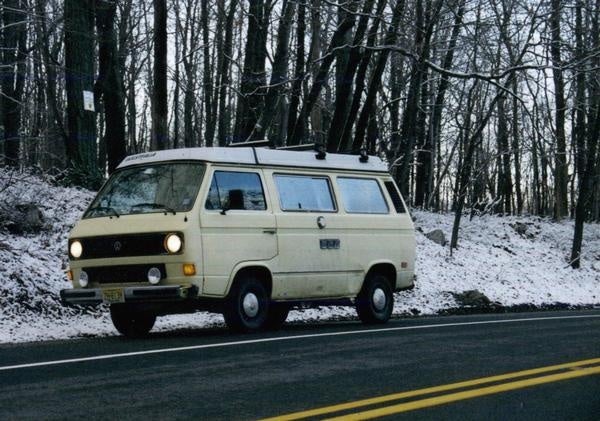 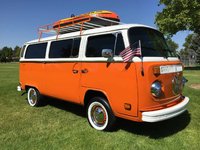 Volkswagen made no significant changes to the Vanagon for 1983, so it was essentially the same vehicle that had appeared in showrooms the previous couple of years. The rear-wheel-drive vehicle, which could carry seven to nine passengers, was powered by a 67-horsepower, 2.0-liter, air-cooled four-cylinder engine with fuel injection. A four-speed manual transmission was standard, while a three-speed automatic transmission was available as an option.

The Vanagon was also available with a 1.6-liter, water-cooled diesel engine that generated only 48 horsepower, resulting in good fuel efficiency, but an underpowered vehicle, according to some reviewers. As a result, the diesel engine was discontinued after 1983.

In addition to the standard model, a Vanagon Camper version was available, outfitted by Westfalia. It came with a pop top, a rear seat that folded out into a bed, a refrigerator, stove, sink, storage cabinets, and a pantry.

What's your take on the 1983 Volkswagen Vanagon?

JamieL I love my 1983 Volkswagen vanagon westfalia T3 Joker Canada /USA model ,it's great for camping with my son,and just going to the beach to go fishing,it's nice to have the sink just to wash-up and a cold frig for drinks and food and a nice place to sit and eat at has two tabel's and if my kid want's just to lay-down it turn's in to a bed or I can just pop-up the top and there is a bed for two up there also .It's a very cool van the front seats turn around so 4 or 5 people can just hang out and have a Great time...can you tell I love my van and it run's great rides great ,great for trip's

JamieL You can also cook up the fist on the stove ,the van has it all

Dean The HP rating in that article for the diesel is for the older 1.5L engine. It made 48 HP and 56.5 lbs./ft/ of torque. I know, I had an '80 Rabbit diesel for 5 years and got to know that vehicle very well. My dad had an '81 Rabbit truck and it had the 1.6L engine. A stroked version of the 1.5, it made 52 HP and 78 lbs./ft. of torque. All diesel powered vehicles feel slow, compared to their gas powered cousins, because the diesel uses a slower form of ignition.

Have you driven a 1983 Volkswagen Vanagon?
Rank This Car

This van appears to be in great shape but some of the 12 rv items don't work. I would assume that there is a central (fuse box, distribution point or something like that) place where the 12 supply ...

What kind of oil would I put in my 1983 T-3 joker Volkswagen vanagon westfalia Canada/USA model also what kind of gas is best for it ,just got it love it,got it to go camping with my son only 61k o...

I Need A Diagram For The Distributor Firing Order 1983 1.9 Liter Water-cool...

brakes work ok ....idle is slower when brakes are depressed . I know where the booster is but not sure it will come out top of dash??? help please

Is it an external pump? Is it located under the van about midway between the engine and the front of the vehicle?.